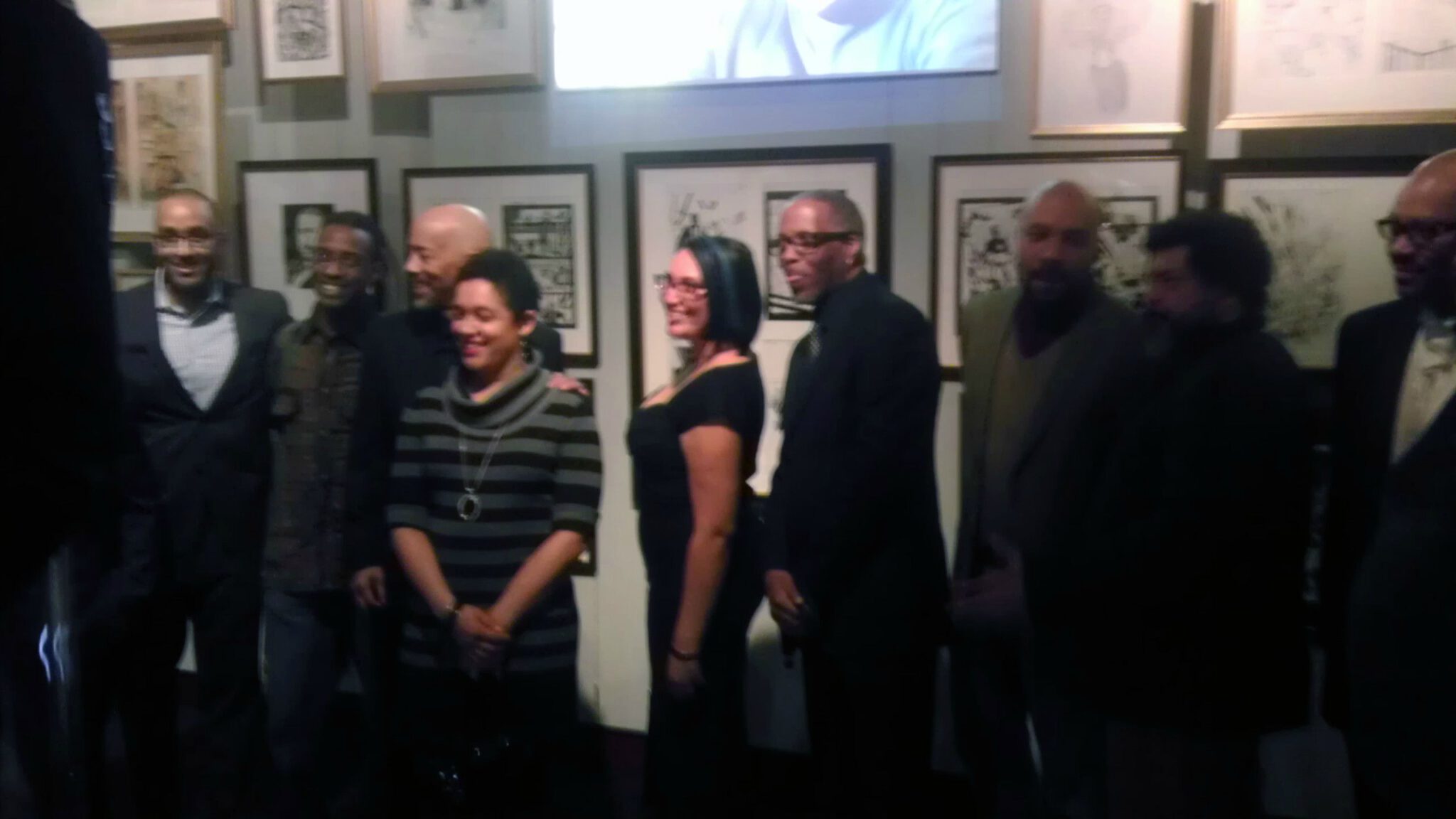 Milestones, the new exhibit at Geppi’s entertainment museum in Baltimore premiered last Friday night with a gala that presented the collection in grand style.

The exhibition, assembled and curated by Michael Davis and Tatiana El-Khouri, showcases both the work of not only black creators, but black characters in comics, Such as Storm and Black Panther, rightly described as one of the most iconic black characters in the medium. Don Mcgregor, classic writer of Black Panther (and co-creator with Paul Gulacy of Sabre) was a guest of honor for the evening, along with a broad selection of comics creators.

It features art from both major publishers and independents, well-known and cult characters, and a wide array of black writers and artists.   Artwork includes Ken Lashley’s covers for Justice League of America, Shawn Martinbrough’s work on Thief of Thieves, and the Black Dynamite mini series Slave Island. Kyle Baker’s contributes art from his graphic novel King David, and Denys Cowan‘s careers is prominently featured, including some of Cowan’s initial designs for John Henry Irons, AKA Steel.

The work of the eponymous Milestone Media is included, including a tribute to the late Dwayne McDuffie; a portrait by Davis and an essay by Milestone President Derek Dingle.

Milestones runs from December 14th 2013 to April of 2014.  For more information, visit the museum’s website, or milestonestheshow.com