The Point Radio: Troma Studios And The Trials Of Being Indy 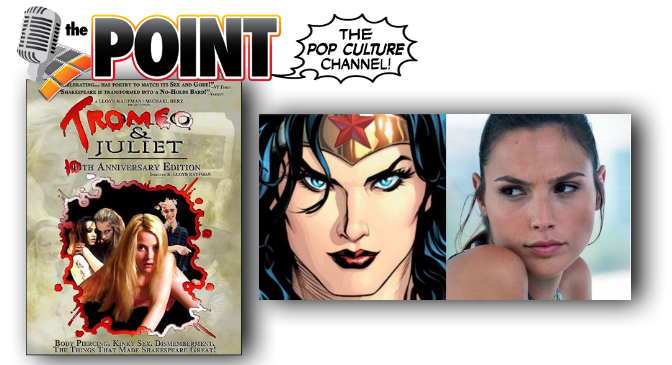 After nearly forty years of reel independence, Troma Video’s Lloyd Kaufman is still going strong, back on the big screen with RETURN TO NUKE ’EM HIGH Volume 1 (set to be released in NY and LA on January 10th) and a tribute at New York’s Museum Of Modern Art on the 9th. Lloyd takes us back to how Troma began. the hassles of being and independent studio and how he has embraced the new forms of video in a big way. Plus Zack Snyder finds his WONDER WOMAN, and The X-Men plan an APOCALYPSE.

THE POINT covers it 24/7! Take us ANYWHERE! The Point Radio App is now in the iTunes App store – and it’s FREE! Just search under “pop culture The Point”. The Point Radio  – 24 hours a day of pop culture fun for FREE. GO HERE and LISTEN FREE on any computer or on any other  mobile device with the Tune In Radio app – and follow us on Twitter @ThePointRadio.