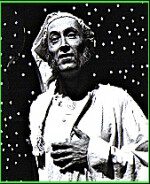 Well, it’s the First of December and the Christmas Season is well and truly and legitimately upon us. As I’ve noted before, I really do love this time of year and I love Christmas stories, none more than A Christmas Carol, written by Charles Dickens and turned into umpty-bum versions in the movies, on television, and on the stage.

I appeared in a stage version at Chicago’s Goodman Theater for many years. The Goodman was and I think still is the biggest professional theater in the Chicago area but every year it hit a hole in its schedule around Christmastime. They took note that the famed Guthrie Theater in Minneapolis, MN, performed A Christmas Carol. Starting in 1977, the Goodman decided to also produce a stage version of Dicken’s classic. They asked a veteran of the Guthrie production, Tony Mockus Sr., to direct their show.

I was cast in various absolutely vital roles like Fred’s Friend #3, Mr. Lean (or was it Mr. Round?), Dancing Man, and “Ensemble.” I did it for years and was always grateful for the opportunity if for no other reason than the Goodman paid top dollar to actors; it was great to have that bit of income at the end of the year. My very good friend, William J. Norris, was cast as Ebenezer Scrooge. Bill was and is a great actor but I used to joke that as Scrooge he really only had to “act” during the final scenes of the show, after Scrooge was reformed and loved everyone and loved Christmas. Bill sometimes is the original Humbug and takes pride in it, I believe.

For all the fact that A Christmas Carol has become a tradition at the Goodman (a rather lucrative one, I might add), it was far from a sure bet when it began. There were a lot of actors and even more costumes, sets sliding on and off, special effects and actors flying through the air. During the long technical rehearsals, there were serious questions whether or not it would all ever come together.

Due to the schedule, we had to work on Thanksgiving, doing a full dress rehearsal. Being away from my family was a little tough but the Goodman generously sprang for Thanksgiving dinner catered in the rehearsal room and we were allowed to invite guests. I invited my Mom and my stepfather and it was very cool feeling; I had often eaten Thanksgiving at her place and now she was, more or less, eating at my place – my current theatrical home. After dinner, all the guests were also invited to the dress rehearsal. They were warned we might have to stop if a problem cropped up (it was still a rehearsal, after all) but my memory of the night was it all came off well.

However, we were all still jittery as opening night came. Even if it all came off as we wanted, would the audience like it? The Goodman had a lot invested in the production; the sets and costumes et al would pay off better as they were used again and again in the following years. If this first production flopped, there would not be subsequent productions and the Goodman would have to eat the expense. It was not a cheap show to produce. It wasn’t in the vicinity of Spider-Man: Turn Off The Dark costs but they were substantial for the time and the place.

Opening night went without a hitch, the audiences gave us a standing ovation, and as they left the theater a gentle snow began falling. We all wondered how the special effects team managed that. They never copped to it but had mysterious smiles that suggested more than they said.

Personally, I credit Tony Mockus, Sr., one of the nicest people I’ve ever met in the theater and a very religious guy. I think he put in a word with the Big Guy/Gal.

It was also during this first production of A Christmas Carol that I met Del Close. Del was already a legend in Chicago theater as director/teacher over at Second City and also for who he was. I had heard he was a Satanist, which was untrue. He was a practicing witch by his own admission (he even wore a pentacle under his costume for the show) and he had been cast as the Ghost of Christmas Present – who is a pretty Bacchus like character and thus good casting. I was pretty square in those days and he was a real Bohemian. He was also my roommate in the dressing rooms. To be honest, I was a bit terrified of him and his reputation.

I needn’t have been. Del was affable and cordial and, to tell the truth, a little bit nervous about his part (he needn’t have been; he got glowing reviews, as did the entire production). He was also a big fan of science fiction and of comics. He was just one of the best read persons I’ve ever met. Our working relationship in comics (Munden’s Bar, Wasteland) stemmed from sharing that dressing room.

My different parts in the show often required me to tear off my clothes in the wings on one side, throw on another costume, rush to the other side of the stage behind the back wall, and become part of a crowd scene. One year as I was doing that in one of the last performances of the year, I was crossing the stage, trying to “be in the moment” as we say in acting circles, and my mind was saying, “You know, you could be making a lot more money at the typewriter.” My comics writing career had started not long before and was in the upswing. As I exited offstage, I realized that my theater career was ending. I finished the run and then retired to be a full time writer.

I’ll never forget or regret those days in A Christmas Carol. I made a lot of friends and have nothing but fond memories of that time. Thanksgiving has just passed but I’ll just say that those productions are one of the big things in my life for which I am thankful.

God bless us every one.