The BBC did a cracking job of filling the week before the Doctor Who 50th anniversary with new programming to appeal to Whovians across the globe.  Noted scientist Brian Cox hosted a seminar about the nature of space and time, while noted actor Brian Cox starred in An Adventure in Space and Time.  Paul McGann starred in a short adventure featuring the eighth Doctor, while Doctors Five, Six, and Seven hatched their own plan to crash the festivities. 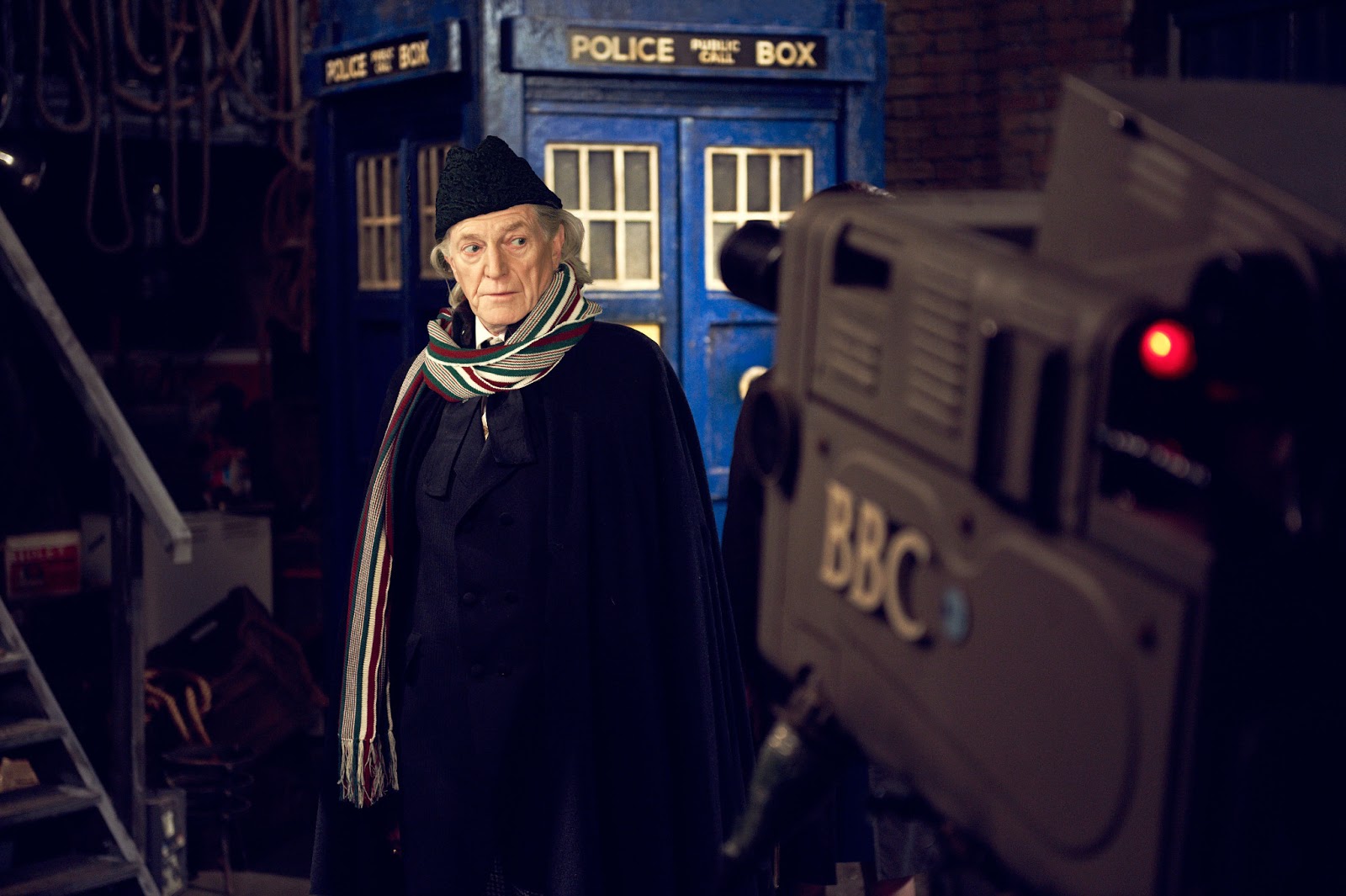 Mark Gatiss penned An Adventure in Space and Time, a dramatic adaptation of the early years of the classic series.  Brian Cox and Jessica Raine (Call the Midwife) starred as Sydney Newman and Verity Lambert respectively, the minds behind the show, while David Bradley (Game of Thrones, Harry Potter) took the role of William Hartnell, the first Doctor.  Hartnell was unsure of his ability to take on the role, and Verity supported and encouraged him, each helping the other make a name for themselves in television history.  Bradley does a wonderful job of showing Hartnell’s range of emotion as the harsh schedule of the show takes its toll on him in only three years. A recurring motif of a series of publicity pictures for each new cast change portrays the progression wonderfully.

There’s a number of cameos of classic Who actors in the film. William Russell (the original Ian Chesterton) plays a BBC guard, and early companions Anneke Wills and Jean Marsh (Upstairs Downstairs), and current voice of the Daleks Nicholas Briggs as the original voice of the Daleks, Peter Hawkins.  One final cameo at the end is too wonderful and precious to spoil – let’s just say Gatiss is not afraid to let the line between reality and fantasy blur if needs be.

While the adventure is scheduled for release in the UK on December 2, there’s no date for a US release as of yet. 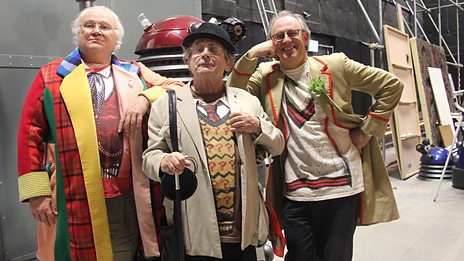 A lot of fans were upset that the “classic Doctors” were not asked to participate in the anniversary episode (save for McGann, who naturally had to keep his appearance strictly secret), so Peter Davison decided to take matters into his own hands.  He wrote and directed The Five(ish) Doctors Reboot, a half-hour adventure in which, well, in which Peter Davison takes matters into his own hands about not being asked to participate in the anniversary.  He, Colin Baker and Sylvester McCoy hatch a mad plan to crash the filming of The Day of the Doctor and garner appearances.  In a series of mad escapades worthy of Lucy Ricardo trying to get into Ricky’s show (ask your parents), the trio get help from John Barrowman, Peter’s daughter Georgia Moffett and her husband, one David Tennant.

The adventure was filmed alongside the anniversary episode, with our heroes conspiring behind the scenes as the “actual” footage is filmed off-camera  It features cameos from just about everyone that’s been on Doctor Who that “wasn’t invited” to be in the anniversary, up to and including Russel T. Davies.  Tom Baker does not appear, instead using the very same footage from The Five Doctors that they pulled from Shada to cover for his non-appearance there.  Georgia gets a producer’s credit for the adventure, with Steven Moffat and Brian Minchin as executive producers.  It’s a wonderful piece of work from all involved, clearly a love letter to both the old guard and its fans.

The Five(ish) Doctors Reboot is also available for viewing at the BBC website.