Shatterhand Hits the Trail in 2014 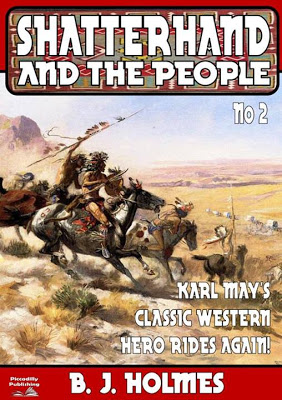 About SHATTERHAND:
Old Shatterhand, the friend and blood-brother of Winnetou, the chief of the Mescalero Apaches, was a fictional character created by German writer Karl May (1842-1912). B.J. Holmes revived him for two epic westerns, A Legend Called Shatterhand and Shatterhand and the People, both of which will be appearing over the coming months under the PP imprint. Real-life historical characters turn up throughout the narratives and Shatterhand’s west has an undeniable ring of authenticity to it. 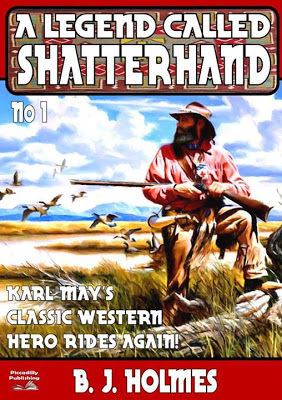