The Masked Rider Saddles Up With Altus Press 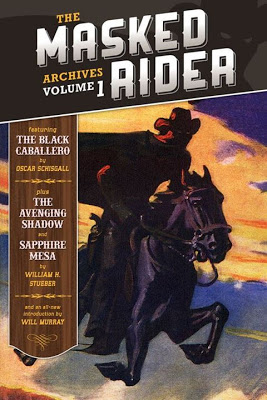 Altus Press has released The Masked Rider Archives Volume 1 by Oscar Schisgall and William H. Stueber. The title is available now in softcover and hardcover.

The Masked Rider Archives Volume 1
by Oscar Schisgall and William H. Stueber
introduction by Will Murray