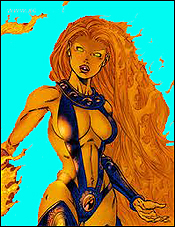 For no reasons that are indefensible intellectually, I went to see Rock of Ages the other day. I like Alec Baldwin, okay?  It’s loud and it’s fun, and while hair metal was never my genre, I kind of like the power ballads that dominate the soundtrack.

The main plot is almost identical to Get Crazy,  one of the greatest movies ever made. A sincere rock club on the Sunset Strip (in this case, The Bourbon Room), run by Alec Baldwin and Russell Brand, is in the rapacious site of greedy real estate developers. Our heroes must put on a show that will sell enough tickets to raise money and thwart the evil plans. Meanwhile, a sweet young girl (Julianne Hough) from the heartland comes to Los Angeles with dreams of rock stardom, and falls in love with a boy with similar dreams (Diego Benota).

Mixed up in all this is Tom Cruise as Axl Rose, Malin Ackerman as a Rolling Stone reporter, Mary J. Blige in not enough scenes, and Paul Giamatti as Cruise’s manager.

Will the sincere and noble rockers triumph over the skeevy politicians and music executives who want to replace The Bourbon Room’s metal with malls and boy-bands? What do you think?

The acting is broad and fun. My only quibble with the casting is that Diego Benota looks a lot like Jonathan Groff, only he’s not, and that was distracting. I’m sure he’s a lovely human being in his own right.

I wasn’t in Los Angeles in 1987. I was in New York. Not only that, but I had a three-year-old child, so I didn’t spend a lot of time in rock clubs. Still, my memory of popular music of that time includes a lot that wasn’t metal. The biggest album for most people was Michael Jackson’s Bad. The biggest albums for me were Springsteen’s Tunnel of Love and Warren Zevon’s Sentimental Hygiene.

From this movie, you wouldn’t know there was any hip-hop. You wouldn’t even know there was any punk, even though the black leather and studs that denote authenticity among the rockers owe nearly as much to punk as they do to rockabilly. I don’t know what it’s like in L.A. these days, but you can see every one of those outfits today on St. Mark’s Place in Manhattan.

The other place you can see all these fashions is superhero comics. For some reason, the big hair, the fringe, even the shoulder pads live on at DC and Marvel. I guess once your creative vision of women is limited to bitch, naif, and slut, your visual imagination is similarly locked in the past.

The difference is that in Rock of Ages, they know they’re being camp. It’s funny, and they expect the audience to be in on it. For those of us who are superhero fans, the joke is on us.