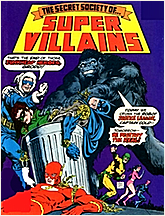 Superman, crossing his eyes, thumbing his nose and sticking out his tongue. He’s directing his scorn toward all the nay-sayers who predicted a cool reception for The Man of Steel. The picture officially opened Friday morning and by Friday afternoon one web news site was describing it as “disappointing.” Disappointing, maybe, to Marvel Comics execs, but most of the rest of us thought it was pretty darn okay. The reviews were mixed, but the theater exit polls gave it an A minus and it ended up reaping enough profit to be the biggest June movie opening ever.

I think it deserves its success. The director, Zack Snyder, and the writer, David Goyer, did exactly what they had to do, and what previous film makers failed to do – reinvent an elderly icon for a contemporary audience. Way back in 1959, editor Julius Schwartz, did that for the comics and now Snyder, Goyer, and their posse, along with a few other creative teams, have done it for the multiplex.

I won’t go into particulars here… Okay, one particular: the villain. He was played by Michael Shannon, our best filmic heavy, both in movies and on television, and he didn’t think of himself as an evil doer. On the contrary: he considered himself to be a savior whose actions were done “for the greater good.” Something familiar about that? In what I’ll hesitantly refer to as real life, those who perpetrate war and genocide and wholesale slaughter always do it for a cause, often religious nor nationalistic, they believe to be vital and benevolent. They’re the heroes and their opposition is villainy and the poor simpletons who are crushed along the way are necessary sacrifices or, as the current terminology has it, collateral damage. Fanatics, these “heroes,” who believe that they could not possibly be wrong. Michael Shannon’s General Zod can stand as their avatar.

Time was when characters in superhero stories were occasionally referred to as “supervillains” and I don’t recall them denying the eponym. In fact, some of them belonged to a kind of miscreants club, pretty much limited to folk who dressed in odd costumes, that called itself “The Secret Society of Super Villains.” The comic book of that title was published by DC in the mid-seventies and collected in a hardcover anthology. The stories were written by Gerry Conway, one of the medium’s major talents, and were fine for their era, when comics were in their adolescence, unsure of what, exactly, they should be and still in thrall to the notion that they weren’t…respectable. Or serious. Or art or… something. Many of the baddies seem to exist only to give the goodies somebody to beat. Now, in both comics and their lumbering descendants, the flicks, writers are willing and able to acknowledge and dramatize the world’s real evil, which can be tragic.

Consider The Man of Steel a parable for our times. An entertaining one.