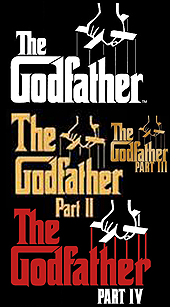 Bought and watched The Hobbit DVD when it came out. My Mary and I had watched the full IMAX version in the theater; it’s one of her favorite books. I’m pretty fond of it as well.

Enjoyed the movie again and look forward to the next installment. However, I had problems with it. Both the way that the story is being divided into three films and from some of the action sequences, it’s playing out as a prequel to the Lord Of The Rings films. The book The Hobbit is not a prequel; it’s a stand alone story that has some story elements in common with LOTR. In the film, however, it’s coming off very definitely as a prequel to the point, IMO, that the story is changed or even twisted a bit to make it fit that mold. Visuals such as the race through the Underground Kingdom of the Goblins was very reminiscent, visually, of the race through the Mines of Moria in LOTR. What was stunning and even surprising in the LOTR movies looks rehashed here.

Generally speaking, when I’m reading or watching a story, I want to know what happens next – if I want to know anything more at all. Some stories, like Casablanca, doesn’t need prequels or sequels (although a sequel was discussed early on for Casablanca and, fortunately, never worked out). With Star Wars, after the original trilogy was done, I was ready to see what happened next but George Lucas decided he wanted to tell what happened previously. I watched but it’s not what I wanted and a lot of the public was less than enthralled as well. It’s only now when Disney has assumed ownership of the whole shebang that Episode 7 – “and then what happened?” — is being prepared.

The prequel trilogy of Star Wars changes the thrust of the story. The original trilogy is about Luke Skywalker and his coming of age, learning who he is, and becoming the hero his father might have been. The prequel trilogy changes the arc of all six films; it becomes about Anakin Solo, his fall and his redemption. I liked it better when it was Luke’s story.

I don’t absolutely hate prequels; I’ve done them myself. The last two GrimJack arcs I’ve done have technically been prequels. I also did a four issue story on The Demon Wars in GJ and, in the back-up space, my late wife Kim Yale and I did a story of young John Gaunt which would also qualify as a prequel. In each case, however, it revealed aspects of Gaunt that helped in understanding who he was and which weren’t going to be told in any other way. Each was also a stand-alone story; you needn’t have read any other GJ story to understand these stories.

There can be problems with sequels as well. Does it add to the story or does it just water it down? Godfather II deepened and expanded on the first film; Godfather III – not so much. The original Rocky is a great film; none of the sequels improved on it and only tarnished the story. OTOH, Toy Story 2 was better than the first film and Toy Story 3 was better still.

I can understand the desire with the studios to go back to the same material; it has a proven track record. There’s more money to be made not only from the movie but from all the ancillary crap. Less risk (in theory) and more money (in theory).

MONDAY THE REST OF THE DAY: Wait And See