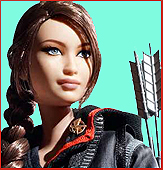 I was thinking about heroines the other day, which led to thinking about fictional role models for girls and young women growing up over the last twenty years or so. Role models which, I think, have reflected the way American society thought about women during that same time period.

On March 10, 1997, a series called Buffy The Vampire Slayer debuted on the fledging WB Network.  I thought it was based on the schlock movie of the same name that had come and gone in the theatres and occasionally popped up on the TV screen at 3 A.M. So I ignored it, even though, as a credentialed geek, I loved anything to do with gothic horror and vampires. But word of mouth and e-buzz finally got me to tune in sometime in the summer of 1997, when I caught a rerun. I think it was the one in which Xander is seduced by a giant female praying mantis, and the effects were, let’s face it, kinda cheesy, but…

Boy, was I wrong.

The central concept behind Buffy, as Joss Whedon has stated (and I’m paraphrasing) was to turn the horror movie concept of the dumb blonde chick who only cares about clothes, boys, and her hair and ends up getting sliced and diced for her sins upside down. Yes, Buffy Ann Summers started out as a “valley girl,” but Buffy was also something else…

“Into every generation a slayer is born: one girl in all the world, a chosen one. She alone will wield the strength and skill to fight the vampires, demons, and the forces of darkness; to stop the spread of their evil and the swell of their number. She is the Slayer.”

…and Buffy was that Slayer.

Buffy was a hero for the post-feminist age. She was the daughter of Bella Abzug, Gloria Steinem, and Betty Friedan. Though at times she grew tired, though at times all she wanted was to be was that Valley Girl with nothing on her mind but clothes, boys, and her hair (“God, Mom, even just upstairs doing my homework!” – Season 2, Becoming, Part Two), she realized that it was up to her; and she not only accepted her responsibility, she embraced it.

And then came Isabella “Bella” Swan.

Twilight, the first in the book in The Twilight Saga, hit the bookstands in 2005, three years after Buffy left the airwaves. Many of the women I knew at work were reading it and adored it. So one day at Borders I picked it up and browsed through it. My first impression: How the hell did this writer get published? She can’t write for shit! My second impression: What a piece of crap! My third impression: Bella is the anti-Buffy.

Bella was the perfect character for the reactionary cultural shock caused by the shock of 9/11; she was Phyllis Schafly as a teenager in the early 21st century. She didn’t argue, she was polite, and she was all about taking care of her father, an “abandoned” husband. But why did Bella’s mother and father break up? And isn’t Bella the least bit angry about the destruction of her family? Why does Bella come to live with her father? Does she feel deserted by her mother, who has remarried? Was her father a rotten husband?

Like America in those early days after the 9/11, we weren’t interested in answers. We wanted to create our own scenarios, and in Bella we found a character to fit our need to that, because Bella was a cipher. Bella was empty, because we were empty.

So Bella drifted. So Bella didn’t have any ambitions. Until she saw Edward Cullen, the sulky, withdrawn “James Dean” of Bella’s high school. And then she became all about him.

I have a problem with the Twilight saga because Bella is always defined by men, not to mention the many subliminal messages within the story. To her father she will always be the good girl who takes care of him and the housekeeping, even though she lies to him constantly throughout the series, and most dramatically, in Breaking Dawn, when she does not tell him the truth about her new vampiric status and about Renessme, the daughter she and Edward conceived. Yes, in the first two seasons Buffy lied to her mother and kept things from her, but after the truth was revealed, the relationship between the two changed and evolved; there were repercussions, both good and bad. To Edward she is the girlfriend as the sacrosanct virgin; then she is the wife, whom Edward claims sexually; and finally, she is the mother of his child. To Jacob she is the girl who got away, until he “imprints” upon the infant Renessme, and isn’t that a creepy stance on pedophilia?

And then came Katniss Everdeen.

The Hunger Games was published in 2008, as America was regaining its footing and starting to ask hard questions again about our society, hard questions with no easy answers.  And Katniss, the story’s heroine, asked those hard questions for us; she was our rebuttal to Bella Swan.

The book is set in a future North America in which there is only one nation, Panem, which is divided into districts; no individual countries exist. Long ago there was a rebellion; the center of Panem, known only as the Capitol, successfully put it down, but the 13th district was obliterated, its people killed by the rebels before that happened. As a result, and as a continuing punishment to sap the will of the remaining population, the Capitol that one girl and one boy from the remaining 12 districts, each chosen by lottery, must participate in the annual Hunger Games, a brutal gladiatorial event in which the participants – called tributes – fight to the death until the last girl or boy is standing

16 year-old Katness Everdeen lived in District 12, the poorest of the districts with her mother and younger sister. Better at killing squirrels and birds than she is at expressing her emotions, Katniss does what she needs to do to keep her family alive and together. Intrepid, tough, and a skilled hunter, she supplements her family’s table with birds, squirrels, and anything else she can take down with her arrows or bargain for on the black market, despite the automatic death sentence for anyone caught foraging outside the district’s boundaries.  When her young sister’s name is pulled in the Hunger Games lottery, Katniss volunteers in her place.

In an article in The Nation, author Katha Pollit described Katniss as “a version of the goddess Artemis, protectoress of the young and huntress with a silver bow and arrows like the ones Katniss carries in the Games. Like the famously virginal goddess, Katniss is an independent spirit: she is not about her looks, her clothes, her weight, her popularity, gossip, drama or boys.”

Thematically, The Hunger Games is about fairness, morality, and the struggle to survive in a world in which the abuse of power is the norm. Katniss was the slate on which Suzanna Collins writes her thesis that the strong must always protect the weak and sick, the young and old; all those who cannot protect themselves. It was this moral coral that drove Katniss. She killed only in self-defense, to stay alive and to win the games for her mother and her sister, for the winners of the Hunger Games became celebrities, rewarded with a life of luxury and ease for themselves and their families.