Martha Thomases Makes Her Own Apologies 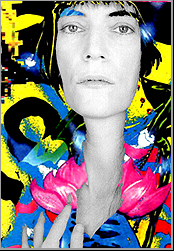 According to this story, which is a rumor on a rumor-mongering site (which I love!), Dan DiDio recently apologized to DC creative talent at an editorial retreat. He admitted that there had been problems in the communication between editorial and talent, including editorial demanding changes to work that had already been approved.

Since, on my other soapbox, I have recently complained that men rarely apologize, it feels like I should do something to acknowledge this.

I should make my own apologies.

For the purposes of this column, we’re going to limit my apologies to the field of comics. Even the Internet doesn’t have enough space for everything else.

10. Kevin Smith, I’m sorry it feels like I’m stalking you. About 20 years ago, we met at an exhibit of original comic book art. I liked Clerks. Later, when your movies made more money, I would point to you at conventions and tell people I knew you. That must have been creepy for you, some strange old woman pointing and staring.

9. And, while I don’t know Dave Sim (nor do I wish to), I’m sorry that Friends of Lulu contributed to pushing him over the edge. I don’t think it will make him feel any better to know that we considered neither him nor his feelings one little bit.

8. When I would meet booksellers at Book Expo America who said they didn’t read comics because they didn’t like superheroes, I would ask them to tell me a movie they liked, and then recommend the appropriate title for them. This is fine in a sales environment, but not great at parties in my real life. I’m so sorry, and completely understand why you walked away as quickly as you could, Patti Smith. Still, I thing you would like Rogan Gosh.

7. At the same time, there are books that were everything I ever wanted between two covers, like Leave It to Chance, and, despite buying at least 20 copies of each issue to give away, plus multiple copies of the trade, I did not do enough to keep them alive. I wish it was still around so I could do more to make amends.

6. Despite Alan Moore’s objections to the projects even existing, I went to see From Hell, V for Vendetta and Watchmen in movie theaters. And, to varying degrees, liked them. I feel like I’ve betrayed one of my favorite writers.

5. And, by going to see Watchman, I inadvertently encouraged Zach Snyder. His sense of production design is admirable, but he has no sense of pacing, much less, you know, character or story. I tremble in fear about what he’s going to do to Superman.

4. Neil Gaiman always drew a long line when he was signing things at the DC booth during convention season, even way back in the 1990s. It was often my job to be “the bitch at the end of the line,” meaning I had to tell people that there would be no more books signed. It was necessary so Neil could do other things besides sign books (eat, pee, sleep), so I’m not sorry that I was looking out for him. Rather, I’m sorry I performed my duties with so much glee.

3. And while we’re on the subject, it was my fault, and I regret that I caused you such anxiety, Neil Gaiman and Dave McKean, when I didn’t provide adequate information to you or your driver to get to that morning interview on the FX Network back when DC published Mr. Punch. I’m sure it was really nerve-wracking to be driving around Manhattan at six in the morning, lost. On the other hand, Tom Bergeron was really nice. And a fanboy.

2. The biggest story of my time at DC was the Death of Superman. People remember that he died, then came back. They don’t remember that the narrative point was the next storyline, “World Without a Superman.” DC wanted to show how important Superman was, and how we responded to his absence. And now they’ve killed off Damien Wayne, just when I was starting to like him. This is no legacy for a pacifist.

1. When Image Comics started, I admired their defense of creator rights, but didn’t particularly like the books they published at the time. As a result, I didn’t pay enough attention to their work as the company matured. I’ve missed a lot of good stuff, and it’s my own damn fault. Please forgive me, and please keep releasing complete runs digitally so I can catch up.