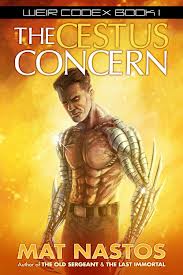 Welcome to the February 18, 2013 installment of All Pulp’s New Pulp Best Seller List, originally created by Barry Reese! Before we get to what you’re all waiting for, here are the rules by which this little list comes together.
1)    This list only tracks sales through AMAZON. It does not keep track of sales through Barnes and Noble, face-to-face or anything else!
2)    This list only tracks PRINT sales. Exactly how Amazon calculates these things is mostly a trade secret and they vary wildly from day to day. If we checked this tomorrow, the list could be very different. This list reflects sales ranks as of Monday morning February 18, 2013.
3)   In order to keep the focus on new releases, eligible works must have been published within the last three months. So, since this list is being done on February 4, 2013, we are only looking at books published since November 18, 2012. Please keep that in mind before complaining that Title X is not listed. Also, keep in mind that for the most part, we are tracking sales from smaller and mid level press publishers who actively publish New Pulp material. We won’t generally track sales from Simon and Schuster or places like that — they have the New York Times Bestseller List for that. If one of the major publishers starts doing The Shadow or something, we’ll track that, but some publishers will not be listed here in order to keep the focus on the publishers actively working toproduce and promote New Pulp.
4)    Like the name suggests, we’re tracking “New” pulp —not sales rankings for reprints of classic material. In order for something to qualify for this list, it has to be at least 50% new material that has not been printed in book form before.
5)    We are human. If you are aware of a title that should be listed below (keeping in mind all the rules above), please let us know and we will make sure to remedy the situation.
6)    This information is garnered mostly from All Pulp, New Pulp, the Pulp Factory mailing list and a few other sites. If you think we might miss your release, let us know in advance — drop All Pulp a line and tell us when it’s beingreleased.
Without further ado, here’s the completely and totally unofficial New Pulp bestseller list as of right now (title, then publisher, then release date, then sales rank):
1) The Detective, The Woman, and the Winking Tree by Amy Thomas (MX Publishing, January 22, 2013) – 48,357
2) Sherlock Holmes, Consulting Detective, Volume 4 by Various (Airship 27, January 19, 2012) – 59.480
3) Sherlock Holmes and Young Winston: The Deadwood Stage by Mike Hogan (MX Publishing, December 10, 2012) – 281.858
4) Sherlock Holmes and Young Winston: The Jubilee Plot by Mike Hogan (MX Publishing, February 18, 2013) – 313,897
5) Fourteen Western Stories by Lloyd Fonvielle (Lloyd Fonvielle, January 23, 2013) – 354,460
6) Sherlock Holmes and the Texas Adventure by Dicky Neely (MX Publishing, December 14, 2012) – 424,878
7) Finn’s Golem by Gregg Taylor (Autogyro, January 10, 2013) – 554,763
8) Prohibition by Terrence McCauley (Airship 27 Productions, December 15, 2012) 561,277.
9) The Cestus Concern by Mat Nastos (Nifty Entertainment, January 4, 2013) – 1,081,653
10) Fight Card: Bluff City Brawler by Heath Lowrance as Jack Tunney (Fight Card, January 31, 2013) – 1.212.585 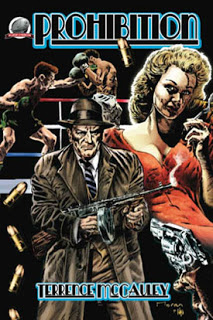 Just missing the list were: Monster Earth by Various (Mechanoid Press, January 18, 2013) -1,322,176, The Fangslinger and the Preacher by Bret Lee Hart ( Western Trail Blazer, January 3, 2013) – 1,440,987, Three Against the Stars by Joe Bonadonna (Airship 27, November 26, 2012) – 1,491,938, Pro Se Presents 15 by Various (Pro Se Productions, November 29, 2012) -1,494,161
This is quickly becoming the Holmes list as the top four spots are held by books featuring Conan Doyle’s classic character.  It might be said that recent news concerning suits against the author’s estate may have something to do with that, but it’s much more likely it is simply the popularity of the character.
The list is fairly soft again this week, but with upcoming releases from Altus, Pro Se, Airship 27 and others in the near future, that is very likely to change.
Pro Se doesn’t appear in the list this week, which may be a first or at least a rarity.   That will most likely change in the near future with the rate at which Pro Se produces new titles.
One notable new entry on the list is ‘Fourteen Western Stories’ by Lloyd Fonvielle, the author of the screenplay for ‘The Mummy’, usually a favorite among New Pulp Fans.
This week, MX Publishing carries four titles in the list, with Airshipfollowing up with two.  Lloyd Fonvielle, Nifty Entertainment, Fight Card, and Autogyro all make the list with one title each. Don’t forget, folks.  This list comes with its own grain of salt and should be taken with same.