The Point Radio: Kevin Bacon On How THE FOLLOWING Got Him On TV 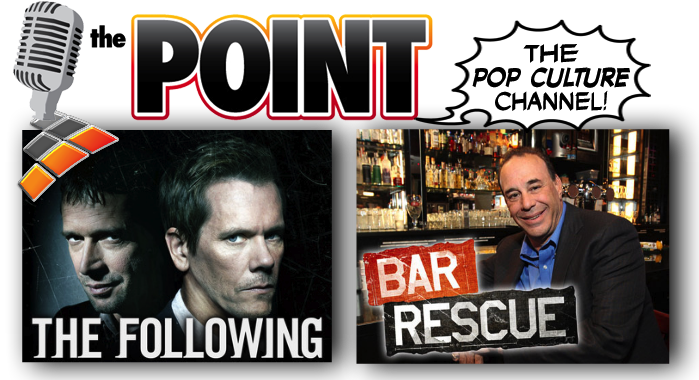 It took a project like THE FOLLOWING to lure Kevin Bacon to series television, and he tells he just why he made the move plus James Purefoy talks about why his serial killer character is so hard to hate. And have you heard about BAR RESCUE? The hit Spike TV series is heading into it’s third season and host Jon Taffer explains what we may have missed. Plus ENTOURAGE is headed to the big screen and John Byrne heads back to DOOMSDAY.

Check out our exclusive video interview with KEVIN BACON right here on our YouTube Channel. Take us ANYWHERE! The Point Radio App is now in the iTunes App store – and it’s FREE! Just search under “pop culture The Point”. The Point Radio  – 24 hours a day of pop culture fun for FREE. GO HERE and LISTEN FREE on any computer or on any other  mobile device with the Tune In Radio app – and follow us on Twitter @ThePointRadio.