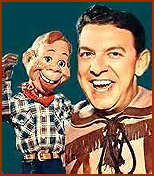 Leaving aside the gender issues that run rampant through our so-called holy books, I find myself about to enter my seventh decade with a computer full of rock’n’roll songs, shelves full of toys, and a plastic figure of Howdy Doody watching over my bed as I sleep. I revel in childish things.

So when I saw a story about Mattel’s latest attempt to revive the Max Steel line of action figures, I was curious. And then a little bit horrified. And then fascinated again.

When I was a kid, I loved team-up comics. The Legion, the Justice League, the Teen Titans – they were great because I could imagine myself as different characters depending on my mood. If I had friends who were also into comics, there were enough characters that we could each play our favorite. It was fun. We didn’t need any accouterments except maybe towels tied around our necks as capes.

In the 1980s, when my son was a boy, the ways corporations marketed to kids had changed a lot. My husband and I were real opinionated about it, and we had bunches of rules. We didn’t allow him to watch any cartoons that were created just to sell toys. No He-Man. No G.I. Joe. Teenage Mutant Ninja Turtles were okay, because they were based on a comic book that was a satire of Frank Miller’s Ronin. The rules relaxed as he got older and better able to understand how marketing worked. Also, at four years old, he could tell the difference between a Tex Avery cartoon and a Chuck Jones cartoon.

Here’s what I noticed as a mom. Favorite characters came and went. Ghostbusters. Dick Tracy. Batman. Turtles. Whatever was in vogue, the kids would run around the playground, pretending to shoot (or send rays out of their hands, or wave swords). The names of the characters would change, but the game was always the same.

Back then, kids didn’t have computers. There was only television and, if the family budget allowed it, books and comics. Kids knew the story lines of their characters, but there was still a lot of room for running and fighting evil.

Maybe I’m wrong, but that doesn’t seem to be what’s happening here. According to the article I cite, Mattel is creating a rather ornate web site with lots of information about the various characters and what they can do, even before the toys are available or the cartoon goes on television. “The intent of the wide distribution is to create viral marketing on social networks,” said Bob Higgins, the executive vice president for children’s and family programming at Fremantle. “Around the world, kids will start hearing about this,” he said. “Kids want to do what their friends do. If they are watching Max Steel, they want to be a part of that party.”

Before I buy my kid a toy, I want to know that he will actually play with it. Not hold onto it while he sits in front of the computer, but play. I want it to engage his imagination so he makes up his own stories, or thinks of ways the characters could participate in his own life.

Toys are media. They are how children learn about the world and how they fit into it. I don’t want my kids to learn that their place is in front of a screen, absorbing content.