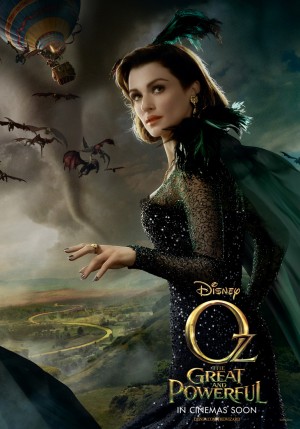 Walt Disney announced today that the hotly rumored 1952 project is officially titled Tomorrowland. Written by Damon Lindelof and Brad Bird from a concept by Lindelof and Jeff Jensen. Lindelof (Star Trek, Lost, Prometheus) will produce and Bird (The Incredibles, Mission: Impossible – Ghost Protocol) will produce and direct. Jensen, a longtime contirbutor to Entertainment Weekly and one-time Teen Titans writer, is making the jump to the big leagues with this one. George Clooney is signed to star in the film which is scheduled for released December 19, 2014.

Coming out far sooner is Sam Raimi’s Oz the Great and Powerful. The studio released this teaser for the Super Bowl ad set to air on Sunday. Apparently, once the spot airs, the Disney website will be taken over by one of the witches. Willit be a good witch or a bad witch remains to be seen. 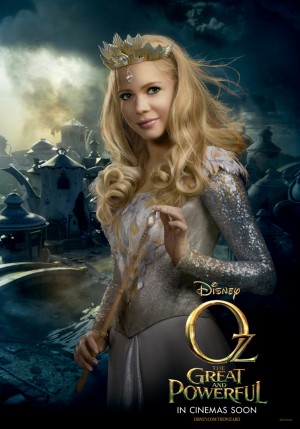 Disney’s fantastical adventure “Oz The Great and Powerful,” directed by Sam Raimi, imagines the origins of L. Frank Baum’s beloved wizard character. When Oscar Diggs (James Franco), a small-time circus magician with dubious ethics, is hurled away from dusty Kansas to the vibrant Land of Oz, he thinks he’s hit the jackpot—fame and fortune are his for the taking—that is until he meets three witches, Theodora (Mila Kunis), Evanora (Rachel Weisz) and Glinda (Michelle Williams), who are not convinced he is the great wizard everyone’s been expecting. Reluctantly drawn into the epic problems facing the Land of Oz and its inhabitants, Oscar must find out who is good and who is evil before it is too late. Putting his magical arts to use through illusion, ingenuity—and even a bit of wizardry—Oscar transforms himself not only into the great wizard but into a better man as well.