Pro Se Productions, a leading Publisher of Genre Fiction and New Pulp, announces that one of its most consistently popular properties is stepping beyond its covers and into the world of gaming.

YESTERYEAR by Tommy Hancock is a novel featuring a new universe of Heroes and Villains that explores the history of these characters, from their Pulp Roots in the Early 20th Century to the chaotic, power driven modern era of super powered beings.  Centered around a manuscript that disappeared in the 1950s -along with its author -that has resurfaced, YESTERYEAR weaves a tale between two books; The original manuscript that peels back the gilded curtain from the Golden Age and the story of a modern publisher who has possession of the mythic tell all and has to sort out how best to use and it and stay alive. 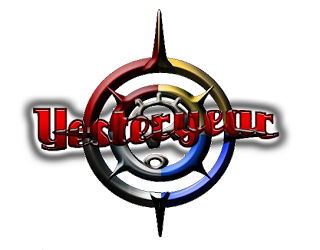 Pro Se in conjunction with lost gamers productions announced that YESTERYEAR is being developed into a Role Play Game and will debut at Pulp Ark 2013.

“It’s really great,” Hancock stated, “that YESTERYEAR has gone to this level.  In working on the second book (Nomorrow) it became quickly evident that there’s even a richer world than I first thought that can be played with in this series, not just by me, but by people who really know how to play.  And to work with the guys at LGP is fantastic.  They’re not only experts in game design and mechanics, but they came by that expertise by being gamers themselves.    And to watch them apply their knowledge to my stories and to really breathe a whole new life into the universe I’ve gladly created, has been awesome.”
Not only will YESTERYEAR be a role playing game, it will actually be able to played in two different ways, thanks to a card-based system developed by LGP.  The Quadrant System will allow YESTERYEAR to be a tabletop RPB as well as a LARP (Live Action Role Play) with no required variances.
“Although I’ve played a few RPGs,” Hancock said, “I by no means would qualify myself as a gamer.  Yet, when I participated in one of the first testings of the Quadrant System for YESTERYEAR, it was simple and easy for me to understand.  The ease with which the game can transition from tabletop to LARP is simple and amazing.” 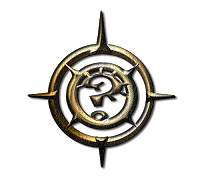 YESTERYEAR has been and will continue to be tested in a variety of ways by the minds behind LGP, both internally and through application at conventions between now and April.  The first official unveiling and playing of the game will be April 26-28, 2013 at Pulp Ark in Springdale, Arkansas.

Currently the Game Description is- Former Masked Man Ramsey Long’s  once missing tell all journal has resurfaced and both Hero & Villain alike are determined to take possession of it, by any means necessary. What secrets are kept within the journal? What really happened to Ramsey Long? And when the dust settles, where will your loyalties lie?
As for what materials will be available for purchase at Pulp Ark 2013 related to the game, details are still forthcoming.  “Source books,” Hancock stated, “are in the planning stages and will be put together by some of Pro Se’s top talent as soon as all the particulars are worked out.   As far as having something available for fans to walk away with at Pulp Ark 2013, we most definitely hope to have just that.”
For more information on YESTERYEAR’s debut as an RPG at Pulp Ark 2013, please go to www.pulpark.blogspot.com, email Hancock at proseproductions@earthlink.net, or call at 870-834-4022!
lostgamers productions (never capitalized), or LGP, is a gaming development group out of Memphis, TN. What started out as a small group of friends, arguing about every type of game available, has grown into tight-knit force of creative innovation. Since its inception, one major focus of LGP has been to evolve beyond the traditional style of tabletop & live action role-playing games and give its audience something different. Something they didn’t have collecting dust on a shelf at home. Along the way, they’ve introduced us to furniture-obsessed soldiers, multi-cultural pitchmen, living miniatures and computerized wrestlers. So, whether you’ve been SHAFTED or manipulated in a game of GEEK BALL, you can attest to their commitment to make sure you’ve experienced something fun. And nothing proves that better than their premiere experience, DEBATE OF THE DEAD.

Pro Se Productions is Your Home for New Pulp!  Come join us as we Put The Monthly back into Pulp at www.prosepulp.com and www.pulpmachine.blogspot.com
Share