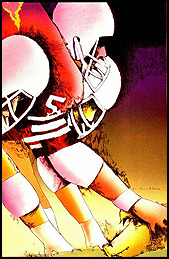 There’s a plethora of “reality” shows on the tube and some fit into the niche of what I call “redneck reality” – shows like “Here Comes Honey Boo Boo,” “Redneck Vacation,” “Alligator Wrestlers” and so on. There’s also a niche of “supernatural reality” shows such as Ghost Hunters, Finding Bigfoot, and other “investigative” shows. Of course there is also fictional horror shows that are real big like “The Walking Dead” and “American Asylum.” At least, these are shows that intend to be fictional.

I’m not loathe to hop on a bandwagon and I love combining genres or niches so I’ve come up with an idea for a supernatural redneck reality show I’m calling “Zombie Wranglers”.

Narrator: Zombie encounters depicted in this show are handled by self-proclaimed experts in the field. Do not attempt these at home. If you see a zombie, run like hell.

Opening visuals: The team walking through bayou country with Joe Bob in the lead. And he talks to the camera. Ellie Mae, in a tied off red plaid shirt opened to the third button and cut offs cut way up high, is on one side, Simon, carrying all the equipment, brings up the rear.

JOE BOB: This week me and the Zombie Wranglers team are in Bayou Country of Loosiana. Lots o’ Zombie sighting out this way. A few running wild. Hopefully, we can hook up with a local bokor, or voodoo priest, who can give us the lay o’ the land.

Now, your average bokor, he may raise himself up some zombies but mostly it’s just to work around the hut or run errands and such. Very rarely do you come across a bokor trying to create a zombie army and I myself personally have never come across one trying to create a zombie apocalypse. Stands to reason – if zombies take over the whole world, where’s the bokor gonna live, I ask you.

Sometimes you might get a hybrid, like a zombie loupy garou or werewolf. Those are nasty. I’ve heard some talk ‘bout bigfoot zombies but, personally, I’ve never believed in sasquatches myself. That’s a little too out there for me.

Some ignorant types said they don’t find zombies all that scary because you can just outrun ’em. That’s not always true. An older zombie, one that’s come back to life a while ago and whose grave is old, yeah, okay. Their joints are stiff and they just creak along. A newly raised zombie or one created by a zombie bite? That’s a different story. They can move pretty fast and you may not know which is which just to look at ‘em.

Hey, Simon – we seem to be getting’ nowhere in a hurry. How ‘bout you send up a zombie call?

JOE BOB: What was that?

Visual: Simon cups his hands around his mouth and calls.

Visual: All three heads turn as a cry comes back from close by.

Visual: Camera turns to catch a pretty fresh zombie lurching out of the brush.

Visual: Joe Bob keeps his eyes on the off camera zombie as he gives direction. Middle background – Ellie Mae unbuttons another button on her shirt. Simon starts sneaking off in the background.

JOE BOB: Okay, Ellie Mae, prepare to lure him on. Not too fast now. And undo another button on that shirt; that’s pure ratings gold right there. Simon, start circling ‘round now behind him.

Visual: Ellie Mae, glancing behind her with wide eyes, faking being scared, prances on in front of the zombie, her breasts heaving, The zombie, distracted, follows her, reaching for her.

Visual: Joe Bob talks to the camera in a calm, professional manner.

JOE BOB: It’s a little known fact that zombies are easily distracted by a purty woman running just out of reach and screaming, especially if she has large hooters on display.

JOE BOB: Ellie Mae? You want to run a little faster than that, girl. This is a speedy critter.

Visual: The zombie grabs Ellie Mae by her hair, yanks her back, and bites her on the side of her throat. Ellie Mae no longer fakes being terrified; her screams are for real.

Visual: Simon, coming up from behind, furiously plants a machete in the top of the zombie’s head. The zombie releases Ellie Mae but her eyes roll up in her head.

SIMON: Let go of her, ya bloody beastie!

Visual: The zombie, the machete still in its head, turns around and bites Simon in the arm. His eyes start to roll up in his head as he grimaces in pain.

JOE BOB: (off camera) See now, this is a classic mistake in combating zombies. You want to strike crossways across the neck and take off their head. Top wise like Simon did does no damn good a’tall. Tell ya the truth, I’m a little surprised at Simon for bein’ so unprofessional.

Visual: Back to Joe Bob as he keeps a wary eye out off camera.

JOE BOB: Now yew folks are gonna get a little extra treat here. You’ll see how someone bit turns into a zombie like Ellie Mae and Simon are about to do.

Visual: Simon and Ellie Mae, their faces going white and their eyes sinking back in their sockets, stand jerkily and raise their arms in classic zombie fashion.

JOE BOB: (off camera) There now. Skins getting’ all pasty white and stuff. See that? Sure sign of them turnin’ into zombies, you bet.

Visual: Joe Bob seeing that their coming for him and turning to run.

JOE BOB: Well, that’s about all the time we got for this week. I’ll be back next week with a new Zombie Wrangler crew. In the meantime, don’t let em’ grab you! Bye all!

Visual: long shot of the zombies chasing Joe Bob through the bayou as ending credits and theme run.

The Editor annoyingly adds: Illustrating Mr. Ostrander’s column today is a Wasteland piece by the gifted artist and energetic entrepreneur Michael Davis, best known for his long-running ComicMix column published every Tuesday afternoon… when we can find him.