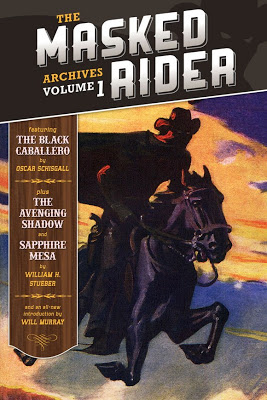 The Masked Rider Archives Volume 1
By Oscar Schisgall and William H. Stueber
Introduction by Will Murray