Martha Thomases: Don’t You Know, It’s The End Of The World… 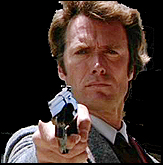 If the world doesn’t end today and I really have to write this column, the responsible thing would be to write about the horrific shootings in Newtown, Connecticut.

And everyone blames the media.

A good friend of mine, one whose values I respect, said he thought part of the problem is that first-person shooter video games are so realistic that players develop an emotional callus, so that it’s easier to make the transition and shoot a real human.

He may be right. A recent study would suggest otherwise, but I don’t think there is a single answer here. Certain kinds of mental illness may be exacerbated by the kind of stimuli contained in vividly realistic games.

It only takes one.

I don’t like violent video games, but then, I don’t much like video games at all. That said, I’m looking forward to seeing a bunch of violent movies in the near future, including Django Unchained and Zero Dark Thirty, and I’m not prepared to say my choices in violence are better just because they’re mine.

Here’s the thing. It’s not the media that is the problem, but how we deal with it. As an adult I can separate my fantasies from my realities, and I can enjoy them as such. I know that, as an adult, I can’t shoot people who annoy me, and that knowledge contributes to my enjoyment when I watch Clint Eastwood or Sam Jackson do it.

I wouldn’t let my child watch those films if I thought said child was too young to understand. I didn’t, and we had arguments about it. However, even if I was wrong about specifics, my son knew that I valued his emotional health. He might not have known that if I had just turned him loose in the cinemaplex and let him run rampant.

There’s not a single answer to the problem of shootings like the one in Connecticut. It would help if guns were more difficult to obtain, especially the kind that let the shooter fire dozens of shots at a time. It would help if we had more empathy for those suffering from various kinds of mental illness, including run-of-the-mill teenage despair.

If you want to blame the media, blame the right one: the news media. And then consider why we have so many news-worthy, real-life situations in which we glorify killing.

And consider that even after the national outrage about what happened Friday morning, the violence didn’t take a break.

Are we stuck? Is this the human condition? Is it just dirty rotten hippies like myself who believe we can do better? Isn’t there an evolutionary imperative for the strong to dominate the weak?

No, according to some recent archeological discoveries. The evidence suggests that humans are designed to take care of each other, no matter what our individual shortcomings.

If the world hasn’t ended, and you want to help keep it that way, you still have time to make a difference, either with money or service.

Here’s to more light in the days ahead.