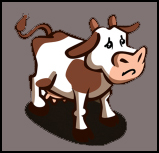 When I started dating seriously, and by seriously I mean dating women with a goal of a relationship, I tried to get every girlfriend to read comics.

Before relationships, my goal was obvious. After achieving that, my secondary goal was getting up and leaving in the middle of the night. That’s if I had a car. If I was taking the subway or bus I’d stay until the morning with hopes of my date making me an egg sandwich.

She would respond, “How do you want your eggs?”

Yeah, that’s how I roll.

When I finally grew up and opened my mind to the possibility of something more than a meaningless sexual romp and a egg sandwich, I realized the woman I was with had something to say. When I was in my non-relationship stage all I wanted to hear was “yes.” I would tune out anything else being said until I heard “yes” after I heard it I’d tune out again until I heard mooing.

I remember this girl I fell for – hard. I was really into her and felt that I could share with her like she was sharing with me. One fateful night after she made me moo I told her I wanted her to read some comics I thought she would like.

That was the day the mooing stopped.

Long story short, every woman and I mean every woman I have ever really wanted to know me I’ve tried to get to read comics. All of them except for one declined. Some were nice about it some were down right insulted that I would think they would read some kid shit like comics.

What happened to that woman?

Every woman except her I tried to get into comics said no. Eventually that relationship ended. The one woman who embraced the medium became my wife.

I often wonder why comics are still considered childish among many women today, especially in a world where comics are responsible for some of the biggest films on the planet as well as being accepted as art more and more.

I took to heart being married to a woman who realized that comics are also a viable adult entertainment medium. She knew a good thing when she saw or in this case read it. She was hesitant but agreed to try reading some and was glad she did, all the others didn’t even try.

Yep. I got her into comics and you know what she did?

Coincidence? Most likely, but after my divorce I noticed I was spending less time trying to get women into comics and more time writing egg sandwich recipes.

WEDNESDAY: The Mike Gold Who Walks!