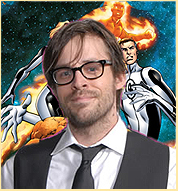 As I write this, my Bears are presently phoning in a performance so bad I’m opting to write my article instead. The game is on, yes. But, frankly, I’m not even paying attention. I guess I owe my bad-news-Bears a debt of gratitude, though. They are giving me the inspiration for a column this week.

Nothing grinds my gears more than a weak start. And this week past, a comic that should have been a touchdown upon reception was a weak three-and-out worthy of the finger wagging like no other. Matt Fraction and Mark Bagley’s relaunched Marvel Now Fantastic Four #1 was a let down of mammoth proportions. And it warrants a bit of a rant.

Generally speaking I like to keep my reviews (chock full of piss and vinegar) over at Michael Davis World. But I was too elated by Gail Simone’s Batgirl this week past to waste time setting fire the ‘Four. To be honest? I read the book, said “Meh,” and figured that I owed it to Fraction to give him some time to warm up. As I took a long and angry trip to my can in between botched Bear’s offensive drives, I flipped through the book once more. Maybe it’s the fact that my team is 20 points down and can’t move the ball more than my infant son. Maybe it’s the few pages I flipped to with glaringly awful moments that caused the rise in blood pressure. Either way, this book is bad.

Giving a favorite writer a pass because they’ve delivered solid performances in books prior is something I’ve done all the time. Hell, it’s the entire reason I still read Green Lantern. But it hit me; these are the pros. They are being given an opportunity I would literally kill for. Who or what would I kill? I dunno. An editor, probably. But I digress. Matt Fraction has written some amazing issue 1’s. His Invincible Iron Man, Defenders, and The Order all jump to mind. In each, Fraction is able to introduce his characters, set the tone of the book, and build a considerable world rich with continuity, but wholly original. In Fantastic Four #1, his dialogue is sloppy, his plotting predictable, and his tone is somewhere between “kiddie cocktail” and “phoning it in.”

For a man who likes the long game? Here he’s nearly parodying himself. Twenty pages of content, of which only two move the story in any direction forward. The rest? A wink, nod, and circle-jerk of continuity-heavy references and in-jokes. Number one indeed.

In The Order and The Defenders, Fraction proved to me he knew how to handle a team book. Moments are given to all the players, and in each tight scene he’s able to interject depth and clarity. He gave us a recovering alcoholic in Henry Hellrung. The other side of the coin to Tony Stark. He gave us a Steven Strange who was coherent of his foibles, but decidedly stubborn enough to ignore them. The key here was Fraction showing how he could take continuity and reshape it to match a new direction. That all being said… in a single issue of his Fantastic Four, he’s only able to deliver a single cliched plot direction, and a handful of watered down scenes built from scraps of Jonathan Hickman.

One of the few problems I had with Hickman’s run concerned the usage of ole’ blue eyes himself. The Thing was mainly sidelined due to the lack of punchable things in the very science-heavy arch. Given the pedigree of Red She-Hulk’s depiction in The Defenders gave me hope to see a Thing with a bit more depth, verve, and humor. Instead, Fraction warms up the tuba for a Yancy Street Gang joke on Ben Grimm. And when the Thing speaks? We get line after hackney’d line suitable only if he were being written for an SNL skit.

In other plot lines, we get yet-another scene of Johnny Storm showing that he’s the cocky brash ass we all know and love, and the totally mature death-defying wunderkind. He gives his cellphone number out to the gal he loves. Yippee. Sue gets to be the same invisible-to-the-fans mother role she was written to play. For a women I expect to be one of the smartest in the 616, she seems awfully daft here… not being able to read her rubber husband’s transparent motivations. And to round out the book? Franklin “Deus Ex Machina” Richards foretells of eeeeeevil afoot. It’s plot-by-the-numbers, and we deserve better.

Over in the art department, we get Mark Bagely. There was a time when I was truly enamored by his work. His work-horse attitude, and nuanced designs helped cement Ultimate Spider-Man’s first six arcs wonderfully. He was eventually poached by DC, where he was given Trinity – a series most of us would care to forget about, art included. Now back at the House of Mouse, he’s firing on all-cylanders… as a watered down John Romita Jr., delivering no memorable visual save for perhaps the last splash page.

Suffice to say, the Bears laid down and took it up the tail pipe tonight. After rereading Fantastic Four #1, I am clear in thinking Matt Fraction did much of the same. He came into the game with a crowd hungry for the next chapter. Instead, he spins his wheels, sputters trying to pick up pieces that were already left put back on the shelf neatly enough. This is not a new beginning. This is not Now. This is the a waste of my money and one I’m not likely to forget. I know the book will bounce back. But a loss is a loss. And this loss hurt something fierce.