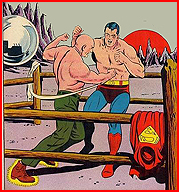 We first meet Sandy on the television. She’s down in the Caribbean wreaking havoc on Jamaica and the other islands. We are warned that she might come to the East Coast. Most people shrug. A panicked populace does not yet raid the supermarkets.

By Sunday the East Coast governors are declaring states of emergency. There is a run on staples like water, milk, and bread at stores. Home Depot and Lowe’s do a banner business selling generators and gasoline cans. Batteries are sold out in five minutes. Coastal areas are being evacuated. Alix and Jeff come to stay with me.

The bitch Sandy, a swirling 800 miles-wide apocalyptic force of nature’s vengeance, comes, sees, and conquers the megalopolis of New Jersey and New York, and covers West Virginia with a blizzard. Millions are without power. I lose power on Monday afternoon. It is like Little House On The Prairie, I say. What would Laura Ingalls Wilder do? Alix, Jeff, and I light candles, drink prosecco and play Uno. Alix and Jeff sleep in the hallway, away from the shuddering windows. I bury myself under a quilt and read by flashlight, as if I’m a child again hiding from the boogeyman.

Tuesday we huddle in the living room, listening to the radio. Sandy is still outside, vicious, refusing to leave. Hundreds of thousands are without homes. My apartment building shakes, and it is frightening, but I tell myself I am like the third Little Pig who lives in a house made of brick. Others are not so lucky. Sandy’s winds and surging tides destroy hundreds of thousand of homes. Beaches no longer exist. Boats come to rest on city streets. Raging fires break out in Queens and coastal New Jersey Fire departments cannot reach them because of the raging waters. Lives are thrown into turmoil.

New Jersey Governor Chris Christie praises and works with President Barack Obama, who has stopped campaigning to lead the country through this disaster. Both are tireless. President Obama’s opponent, Governor Mitt Romney, who has made millions outsourcing jobs and thus rendering millions jobless, reaches into his pocket and donates $5,000, one-half the amount he offered to bet Governor Rick Perry during the Republican primary. He also tells people to donate a can of soup. Oh, and Governor Christie (finally!) gets the chance to meet and hug Bruce Springsteen.

Still, the Presidential election goes on. I call Mike Gold three times during the evening, freaking out that Obama was going to lose. He tells me that John Ostrander also called him doing the same freaking out. Mike is also incredibly calm – I accuse him of bordering on a Romney smirk – as he keeps assuring me that Obama will win.

I keep switching the channel to Everybody Loves Raymond because I can’t take the suspense. North Carolina goes with Romney. Then – the other battleground states start reporting results. Virginia for Obama. Colorado for Obama. New Hampshire for Obama. Iowa for Obama. Pennyslvania for Obama. Nevada for Obama. Wisconsin for Obama. And around 11:00 P.M. EST, all the networks, including Fox, call Ohio, and the election, for Obama!!

Megan Kelly takes the cameras to the polling room at Fox and demands to know if the statisticians are standing by their call. Karl Rove goes apoplectic and argues with Chris Wallace, who is anchoring. Romney’s campaign is saying they will not concede Ohio. At around 12:00 midnight Romney makes a – yes, it was short, sweet, and gracious – concession speech. Obama has won 304 Electoral College votes, Romney 206. Obama has also won the popular vote. We are still waiting on Florida. Donald Trump tweets, calling for revolution.

Wednesday. Sandy has left, though outside the skies are dark with clouds and there is no feeling that the storm is over. Alix and Jeff have gone home – they are lucky; although they have no power, their house is dry and safe. I get to work about 9:00 a.m. In the staff lounge I watch TV, and see for the first time what Sandy has wrought. It is as if a war has been fought over the last two days. Some houses are not even there; all that is left are grey concrete foundations. The PATH trains are flooded; the New York subway system is at a standstill. The Holland, Brooklyn-Battery Tunnel and Midtown Tunnels are impassable, also flooded. The Stock Exchange is dark. The mighty New York City megalopolis, the city that never sleeps, the center of the financial world, is closed to business.

Wednesday night Sandy’s cousin, Nelly Nor’easter hits New Jersey, New York and Connecticut with wind gusts up to 50 mph and up to 12 inches of snow. Also on Wednesday: Karl accuses the Democrats of stealing the election through voter suppression.

Thursday we learn that Obama won Florida. Thursday we learn the final Electoral College tally: Obama 332, Romney 206. The pundits are blaming Chris Christie for working with Barack Obama. The pundits are blaming Sandy. Bill Maher tweets, “Magic underwear, my ass!” Texas Republicans are advising the public to buy guns and are recommending secession. It is an ironic bit of synchronicity that Spielberg’s new film, Lincoln, is opening tomorrow.

Thursday afternoon the sun has come out; snow is already melting. Alix and Jeff’s power has come back. The trains are still out but they are both able to work from home, and so don’t have to face the hours of commuting into the city. My usual route to work is blocked by fallen trees and telephone poles; I must drive though unknown winding roads. I am glad I never took off my snow tires.

It will take months, if not years, for the great megalopolis to recover. Governor Andrew Cuomo of New York warns that Sandy was just a warning, and that if we do not plan and prepare and stop global warming, the next storm will be worse. It is suggested in the New York Times that “the city and coastal areas build “waterbreaks – like firewalls – to help prevent future massive flooding.” FEMA has come; there is an office here in my city, operating out of the city’s historical museum. Chris Christie continues to work; his stamina is amazing. EMTs and firemen and policemen haven’t been home in days, have risked their lives, and still risking their lives; utility companies from as far away as New Mexico have sent their own to aid their brothers and sisters in rebuilding the broken infrastructure that powers this vast metropolis.

There is a promise in Friday’s sunrise. I look up to the sky as I walk to the car. The crescent moon is ablaze with silvery light, and Venus sits just off its lower horn, shining with the light of tomorrow. Tonight Bruce Springsteen, Jon Bon Jovi, Billy Joel, Christine Aguilera, Brian Williams, Jon Stewart, and others will hold a benefit concert.

And I know that there are heroes. They may not fly. They may not have super-strength, or X-ray vision. They don’t come from far away planets. They’re not born with mutated genes.

Their power comes from the heart.