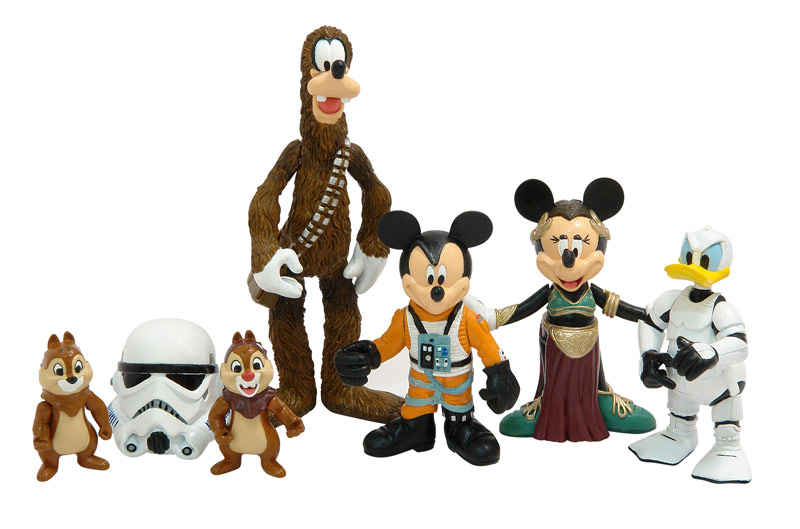 In a deal that rivals the size of its Marvel purchase, Disney has just confirmed that it has agreed to acquire George Lucas’ Lucasfilm Ltd, including all rights to the Star Wars franchise. The companies have also announced a 2015 release for Star Wars: Episode VII. The stock and cash transaction is worth an estimated $4.05 billion, and a conference call is going on right now to discuss the deal.

“Lucasfilm reflects the extraordinary passion, vision, and storytelling of its founder, George Lucas,” said Disney chairman and CEO Bob Iger in a release announcing the deal. “This transaction combines a world-class portfolio of content including Star Wars, one of the greatest family entertainment franchises of all time, with Disney’s unique and unparalleled creativity across multiple platforms, businesses, and markets to generate sustained growth and drive significant long-term value.”

But Disney is paying approximately half of the consideration in cash and issuing approximately 40 million shares at closing based on Disney’s stock price on October 26. Lucasfilm is 100% owned by Lucasfilm chairman and founder Lucas.

We’ll note that this deal is happening on a day that the New York Stock Exchange is closed, so the impact of such a huge announcement on Disney’s stock price is minimized.

A quick note: Avengers 2 is also scheduled for 2015. One wonders how scheduling for these two mega-blockbusters is going to shake out.

We’ll have more news as we know about it.