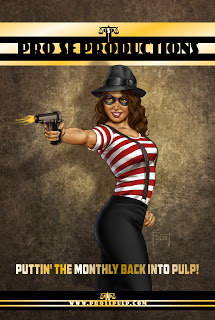 Pro Se, a growing Publisher specializing in Heroic Fiction, New Pulp, and tales covering multiple genres, announced an open call today for a new series of books from Pro Se that mark the collaboration between the New Pulp Publisher and a classic Pulp Author!

Charles Boeckman, a 91 year old author/world traveler/jazz musician recently self published SUSPENSE, SUSPICION, & SHOCKERS.  This collection of 24 stories was written by Boeckman, many of them under the name Charles Beckman,  Jr. and were printed in Pulps such as Dime Detective, Detective Tales, Dime Mystery, and others as well as in digest mystery magazines such as Manhunt and Alfred Hitchcock’s Mystery Magazine.  With a career ranging from the 40s into the modern era in fiction, much of it crime and mystery related, Boeckman is truly one of the last remaining true Pulp Authors today and has crafted characters that, although they only appeared once originally, have potential for further adventures, a potential Pro Se Productions plans to tap. 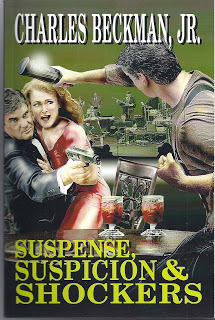 “This book,” Tommy Hancock, Editor in Chief and Partner in Pro Se, states, “is truly a fantastic read.  Mr. Boeckman’s words sing with the huskiness and weight of a torch singer and the stories deliver blows like gunshots from all sides.   He breathes life into every character, every locale, and every situation these hard luck heroes find themselves in.  And one of the great things about his stories is, although there are definitely heroes between the beginning and end, they’re not cast in bronze or refined from gold.   These are bruised, battered, often broken souls who have talents for music, in a lot of cases, or mystery and are almost as talented in getting themselves in trouble that most people would have to die to get out of.”

“After reading his book,” Hancock continues, “I contacted Mr. Boeckman and, following drowning him in compliments and fanboy like sentiments, I identified several characters that I felt like could have life in new stories and would appeal to a modern audience, both for nostalgic reasons as well as the fact that these characters, even the ones written back in the 1940s, were definitely written with a sensibility that makes them viable to modern readers.  I requested the permission to put together anthologies and books based around these characters in a series of digests that sport Mr. Boeckman’s name and he agreed to that.”

Pro Se will begin publishing the CHARLES BOECKMAN PRESENTS line of digest sized anthologies and novellas featuring characters originally created and featured in stories written by Boeckman.  Although each individual digest may focus on a different theme or character, they will all appear under the CBP banner, and will feature new stories based on Boeckman’s work.

“This is an open call,” Hancock states, “to any and all writers who might be interested in trying their hand at Mr. Boeckman’s characters.  The first step in this process will be for interested writers to look over the brief descriptions of the characters provided and email proseproductions@earthlink.net with any and all they may be interested in.  Based on that interest, story bibles and other information will be sent to interested authors who will then be required to draft a proposal for a story, length being minimum 8,000 words to a full novella length of 30,000.  The proposal must be no more than a page long and, if the writer has never submitted to Pro Se before, a writing sample of at least 3 pages of narrative must be supplied as well. One thing to note, also.  Although these characters were originally created by Mr. Boeckman and  Pro Se will be insuring that they remain true to the source material, we are not wanting any writer to ape or copy Mr. Boeckman’s style.  We will be great stewards of these classic ideas as well as the skills and styles of the modern writers pouring life into them.”

Detective Mercer Basous from ‘The G-String Corpse’- A homely 1970s New Orleans Detective who knows three things very well- New Orleans, the people that make it up, and how to do his job.

Big Lip from ‘The Last Trumpet’-A piano player on1950s Broadway who solved the murder of his great friend and one of the greatest horn players the world has ever known who moves onto further tales and adventures in a band in a world without The Earl.

Buddy Gardner and Frank Judson from ‘Blind Date’- Frank, a mid 1960s small town reporter, and Buddy, a deputy in the small town with detective skills to spare, find new stories and cases to follow and crack in Kingsbury after their initial tale, where Frank finds a dead woman in his trunk that all evidence said he had an affair with, then murdered, but he’d never met her before.

Lt. Mike O’Shean and Lil Brown of the Daily Herald from “I’ll Make The Arrest”-Mike O’Shean, a passionate two fisted cop  of the early 1950s who sinks his teeth into a case and won’t let go, even if it kills him, and Lil Brown, the reporter who knows her job and city better than anyone…and knows O’Shean better than that.   These two are at the beginning of what may be a beautiful relationship if crime and corruption don’t get in the way!

Doc and Sally from ‘A Hot Lick for Doc’-Fresh in 1950s LA from their debut tale, Doc, a washed up clarinet player who found his music again following being involved and solving a murder, and Sally, the recovering heroin addict who accompanied him, would be ready to write new tunes and chop a new life out of whatever life and LA throws at them.

Johnny Nickle from ‘Run, Cat, Run’-A trumpet player who’s claim to fame was having played on a supposedly haunted Jazz Classic that led to him being on the run from a curse and a murderer for years, Johnny Nickle is now back on top in the early 1950s blowing his horn and finding trouble almost everywhere he finds a stage to stand on.

The stories will be set in the periods mentioned for each of the characters.  If a writer wishes to go beyond that period, then that must be clearly mentioned in the proposal.

Other characters from Mr. Boeckman’s many stories may be added to the available list to write from at a later date, Hancock points out, but these are currently the only characters discussed thus far.

“This,” Hancock says, “is not only a great opportunity for Pro Se, but it is truly an honor to have not only made the acquaintance of such a great writer and part of Pulp history as Mr. Boeckman, but to have the privilege of giving new life to these classic friends of his, there’s no real words for that except We intend to make him proud.”