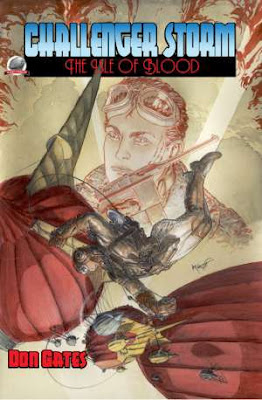 New Pulp Author Don Gates follows up the release of the first Challenger Storm novel with a serialized on-line adventure called Challenger Storm: The Valley of Fear. Two installments have been released with more to come.

A second Challenger Storm novel, The Curse of Poseidon, has been announced for 2013 release.

You can read The Valley of Fear at http://challengerstorm.blogspot.com/
Challenger Storm: The Isle of Blood is still available from Airship 27 Productions.