“All you can do is open up the throttle all the way and keep your nose up in the air.” 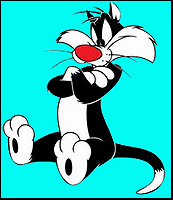 In the previous three columns, I’ve told you a little bit – well, quite a bit, actually, about early failures in my life. And for a very long time I let my, uh, lack of success, hold me back, drag me down. That old albatross had a permanent nest on my shoulder. The Fantastic Four may have visited the Negative Zone, but, guys, I lived there.

In my mid-thirties I was divorced and living with my parents. Alix was two or three. She was sleeping in a portable crib, I was sleeping on a cot in the den. And then one day – sometime in my late thirties, I think – I was driving with my father in the car. I don’t remember where we were going; I think he was driving me to an appointment with one of the numerous psychiatrists and therapists I had seen in an attempt to “figure out what was wrong with me.” Oh, that was fun, let me tell you. One doctor put me through a round of physical tests and blood work to see if there was a physiological reason for my “blues.” (Tests came back. I was perfect.) Another doctor gave me his trench coat, telling me to cover up my legs because he was getting sexually excited. I went to a therapy group for newly divorced women; all I remember of that is the woman whose husband regularly beat the crap out of her. “Jesus, honey,” we would all say, “get the hell out of there.” She would just start to cry and go on and on about how much she loved him until the hour was up. We never got to talk about anything else. There was one doctor who talked to me for five minutes and gave me a prescription for Valium, the drug of choice in those days for women on the edge of a nervous breakdown. I took one Valium, fell asleep for 18 hours and dumped out the bottle. A week later I got a bill for $500.00 for “services rendered.” I called him and told him I was sending him $50.00, and just try to take me to court. Never heard from him again.

The best, though, was the shrink who was an Orthodox Jew. He told me that the only thing wrong with me was that I wasn’t married, so “I should stop dating the goyim, marry a nice Yiddisher man, and have lots of babies.”

Anyway, back to that day in the car with my dad. We weren’t talking much, just bits here and there. Suddenly my dad started talking about a mission he had been on during WW II. It had been a bombing and strafing mission somewhere in Burma, the objective being to destroy the latest installment of the railroad the Japanese were building – see The Bridge On The River Kwai for reference. They had met a lot of resistance, and on one strafing run my father’s P-51 got hit up badly. One of the hydraulic lines was hit, and he couldn’t keep up with the rest of the squadron on their flight back to the base. They had to leave him.

And the light bulb suddenly clicked on over my head, just like in the old Looney Tunes cartoons. “Thufferin’ Thuccosthasth!” I said. “I do!” (No, not really. I mean, yeah, the light bulb went on, but I didn’t suddenly start sputtering and slovering like Sylvester the Cat.)

I’m not saying that all of a sudden my life was a bed of roses and that everything was hunky-dory. No. Quite the opposite. It took finding the right therapist. It took swallowing my pride and starting on an anti-depressant. But mostly it took a lot of hard work, a lot of tears, a lot of self-recrimination. Most of all, self-forgiveness.

These days I wonder. All my failures – but were they really failures? Weren’t they just part of the pattern that’s made me who I am today? And any failures, any successes that I continue to experience will just add to that person who I will be tomorrow, next week, next month, next year or in a decade.

These days most people would say that my life is a success. Well, I don’t know about that, but if it is, it didn’t happen without failures, some my own, some caused by outside factors. For instance, two years ago I got laid off. (Yes, Virginia, registered nurses do get laid off these days.) It sucked. I cried. I ranted. I worked at a couple of hospitals I wouldn’t send my worst enemy to. (Well, maybe I would.) But I also went back to school and finished my BSN, opening up new doors for me.

As for my other career, the one in comics? A lot of people in the comics industry have commented and complimented me on my “ear for dialogue,” my ability to get into the heads of the characters I have written. Maybe that wouldn’t be true if I hadn’t lived the life I have lived. I probably would never have submitted a story to DC’s New Talent program. I wouldn’t have written When It Rains, God Is Crying, or Chalk Drawings with a certain mensch who goes by the name of George Pérez. I wouldn’t know Mike Gold or Martha Thomases or Len Wein or Karen Berger or Neil Gaiman. And I wouldn’t be here writing this column.

The ups and downs of life.