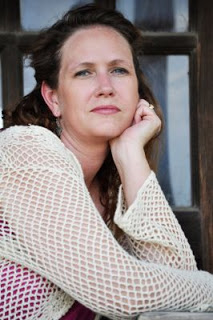 Seventh Star Press proudly announces the addition of J.L. Mulvihill to its author family with Steel Roots, an exciting new young adult steampunk series set in an alternate history with a dash of folklore.  The first title, The Box Car Baby, is slated for release in the 2nd quarter of 2013, with new titles following at the beginning of 2014 and 2015. Readers can look forward to meeting a host of enthralling, distinctive characters within a richly-developed landscape woven by the imagination of J.L. Mulvihill. 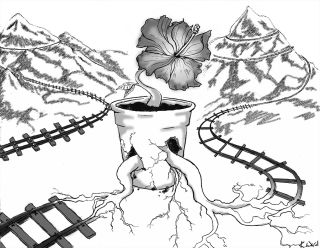 (Steel Roots illustration by Rachael Ward)
The Box Car Baby introduces the character of AB’Gale Steel who was born in a boxcar on a train bound for Georgia, according to what her papa told her.  Bishop Steel, a mechanical engineer for the Southern Railroad, found his adopted daughter snuggled in a basket of cotton on an otherwise empty boxcar in the train yard.  When no one came around to claim the baby, Bishop Steel, rather than relinquish the child to the State only to end up at the Workhouse someday, smuggled her home to raise as his own. The name on the boxcar he found her in read, A B Gale Logs, and so he named the baby AB’Gale.
But if the mystery of who her real parents are isn’t enough for fifteen-year -old AB’Gale, Papa Bishop goes missing. Worried for her family and afraid of having to spend her life at the Workhouse, AB’Gale goes into town to see if anyone’s seen her papa, only to find a deeper mystery.  At the train station no one seems to know who her papa is even though he’s worked for the Southern Railroad for thirty years.
An encounter with a strange Hobo-man, who claims to know her father, results in the acquisition of a leather eye-glass tube that he says belongs to her papa. Before AB’Gale can question him further the man runs away.  When she gets home, she finds the Crushers taking her grandma off to the Oldies-home, so she hides until they are gone.
AB’Gale finds that the leather tube contains a map of the United States, with markers made by various towns across the country.  By each marker is a word or a name written in her papa’s handwriting.
Alone, and with only the clues of the map to go by, AB’Gale has no choice but to set out on her own to find her papa. 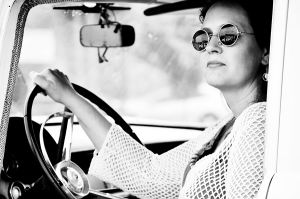 “Seventh Star Press has a very vivacious group of people with an incredible amount of awesome novels and stories pouring out,” J.L. commented on her addition to Seventh Star Press.  “I just thought that SSP might need a little more Teen-Steam, so I am very pleased they have asked me to come on board with my young adult steampunk series, Steel Roots.”
Born in Hollywood and raised in San Diego, CA, J.L. Mulvihill has made Mississippi her home for the past fifteen years.  Her debut novel was the young adult title The Lost Daughter of Easa,  an engaing fantasy novel bordering on science-fiction with a dash of steampunk (Kerlak Publishing).  J.L. also has several short fiction pieces in publication, among them “Chilled Meat”, a steampunk thriller found in the Dreams of Steam II-Of Bolts and Brass, anthology (Kerlak Publishing) and “The Leprechaun’s Story“, a steampunk urban Fantasy found in the anthology, Clockwork, Spells, & Magical Bells  (Kerlak Publishing)
J.L. is very active with the writing community, and is the events coordinator for the Mississippi Chapter of Imagicopter known as the Magnolia-Tower.  She is also a member of the Society of Children’s Book Writers and Illustrators (SCBWI), Gulf Coast Writers Association (GCWA), The Mississippi Writers Guild (MWG), as well as the Arts Council of Clinton, and the Clinton Ink-Slingers Writing Group.
“J.L. Mulvihill is a perfect fit for our family of authors, editors, and artists,” fellow Seventh Star Press author Stephen Zimmer commented. “She is already well-loved on the convention circuit, and in addition to her great talent as a writer, she has a fantastic work ethic and approach to the realities of the publishing world today.  We are all so excited to have her with us.”
The Steel Roots novels will be released in limited hardcover, softcover (trade paperback), and several eBook editions, including versions for Kindle, Nook, the iBookstore, and Sony-compatible devices.  The books will also include interior illustrations, in addition to cover art from Seventh Star Press’ award-winning artists.
For further information on J.L Mulvihill and the upcoming releases, please visit www.seventhstarpress.com or the author’s site at www.elsielind.com
Contact: C.C. James
Public Relations, Seventh Star Press
ccjames@seventhstarpress.com
Seventh Star Press is a small press publisher of speculative fiction located in Lexington Kentucky
Share