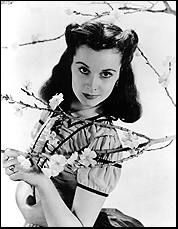 So what are you reading?

Fellow ComicMixer Bob Greenberger recently talked about To Kill A Mockingbird a couple days ago as he prepares to teach his class. To Kill A Mockingbird is, as I expect all of you to know, a masterpiece of American literature concerning the racial tensions and bigotries of a small town in Alabama during the Depression – but more important, it is a study of the nature of good and evil, of both the morality and immorality inherent in all of us.

Starring Gregory Peck as the lawyer Atticus Finch who defends the black man accused of raping a white woman, the movie is a landmark picture, and – in my opinion – a touchstone for how to adapt a brilliant novel to the screen. Also my opinion: Peck’s greatest role.

But don’t just watch the movie. Read the book itself. One of the things that just driiivvvess meeee crrrrrazzzzy is when I ask someone, “did you read….” and what I get back in response is, “I saw the movie.”

Here’re some books that have been turned into movies. Some good, some bad, some just “eh.” But do yourself a favor – read the book. You might learn something.

Margaret Mitchell’s Gone With The Wind: Yes, it’s one of the greatest movies ever made. Yes, adjusted for inflation it’s made more than any other movie. Yes, Vivien Leigh, Olivia DeHavilland, Hattie MacDonald Clark Gable, Leslie Howard, are the living embodiments of Mitchell’s characters. In fact, it’s about the most perfect casting ever, in my opinion. But Scarlett is not just the selfish bitch that the movie portrays.

In fact, as you read Gone With The Wind, you realize that Scarlett Katie O’Hara embodies both the Old and New South, the gentry who will not dirty their hands and the hard-scrabbling immigrant who will. Even her mother and father represent this coming battle, with Ellen O’Hara a symbol of the old landed gentry who live by rituals and rules, and Gerald O’Hara the hard-scrabbling immigrant who will do anything to succeed. And her men are symbols, too, as she clings to Ashley as a representation of an idealized world of chivalry and manners, and of the pampered childhood she has lost, while simultaneously being drawn to Rhett, the realist, the adult, the symbol of the “New South” and the future. Every main character in Gone With The Wind are the embodiments of the Civil War, of the battle between yesterday and today, of what was and what can be. Melanie is not just the selfless and perfect Lady of the antebellum South. Rhett is more than a lusting hedonist who marries Scarlett because he can’t have any other way. Ashley is more than just a beaten Confederate. Mitchell’s characters within the book come alive because they are all, well, alive.

The Mists of Avalon, by Marion Zimmer Bradley. Okay, technically this wasn’t a movie; it was a mini-series on TNT starring Julianne Margulies and Angelica Huston. It was promoted as the story of Camelot from the “women’s side.” The mini-series was a disaster. I could understand if no one’s curiosity was piqued enough to read the book. But do it anyway. But it’s so much more.

It’s the story of the introduction of Christianity into Celtic Britain, of how one great religion was usurped and demonized by another. It’s a story, again, of the fall of one civilization and the rise of another. Of choices, of the roles between women and men, of what is good and what is evil and what is in-between. Of what is magic and what is faith, of what is real and what is not. All, as I said, set against the backdrop of one of the most romantic and glorious legend of all, King Arthur, Lancelot, Guinevere, Morgan Le Fay, Mordred, Merlin, and the Round Table.

Giant, by Edna Ferber. Ferber was a brilliant novelist whose historical fictions also criticized the social mores and woes of America. Giant deals with the struggle for power between the great cattle barons and the growing oil industry in Texas from the 1920s to the 1950s. It’s the story of cultures at struggle against themselves and each other: Leslie Lynton Benedict, from the East, against her husband, Jordan “Bick” Benedict, born and bred in the Southwest. It’s about of racism and bigotry, of how both the cattle barons and the oil tycoons built their empires on the back of Mexican-Americans… sadly, still an incredibly relevant story today, as illegal immigration continues to be at the forefront of our politics. (Hello, Arizona!) It’s even about the role of women in a society, as Leslie, raised to think for herself, fights to retain her individuality in a society where women are sidelined and controlled by men. Most of all, it’s a story of generational war, as the old must give way to the young.

But just in case you think I’m a total book snob, there is one movie that totally exceeds its origins. That’s The Godfather, parts I and II. Read the book. It’s good…but the movies are better.

Kelly’s done. The game is on. Go Big Blue!

TUESDAY: Michael Davis… or Gold writes about hockey. One or the other.