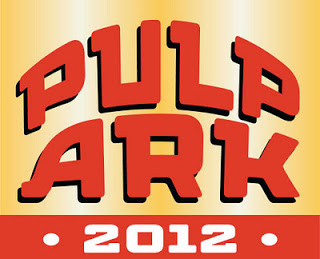 Tommy Hancock, Pulp Ark Coordinator, announced the end of nominations and the release of the ballot for the second Pulp Ark Awards to be given out at Pulp Ark 2012 in Batesville, AR, April 20-22, 2012.

“We had a fantastic turn out in terms of nominations again this year,” Hancock stated.  “More than 25 publishers represented across the board, this is a ballot that truly reflects not only the popularity that Pulp has today, but also the variety and creativity within the field.”

Listed below is the Ballot qualified voters received today.  Only those who nominated a work or individual in one of the categories are qualified to vote.  Voting will end on February 20, 2012 with winners announced soon after.

If you did nominate someone and did not receive a ballot, please email Hancock at proseproductions@earthlink.net and this will be corrected.

There will also be a Pulp Ark 2012 Lifetime Achievement Award given. This will be selected by a committee already chosen and results will be announced on or before February 21, 2012.