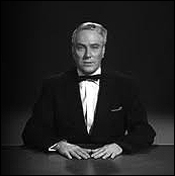 It’s New Year’s Day. If it was New Year’s Eve I could look backwards and wax philosophic about 2011. But here we are smack dab in the middle of New Year’s Day, Day 1 for the year 2012, so I really should be looking ahead and prognosticating about what the year will bring especially for comics and related media.

Years ago, I read a squib in a newspaper about how a Japanese cell phone company had worked out how to add a camera to their phone and I thought, “What a stupid idea. They’ll have these crappy little photos and how good could the lens be and so on. Who would want that?”

Well, everyone, as it turned out.

Before that, I read another little squib about how the Dean of St. Paul’s cathedral in London was going to do a controlled jump with a parachute from the top of the church to bring attention to a rock opera that was premiering called “Jesus Christ Superstar.” And I thought, ‘What a stupid idea. A rock opera? About Jesus? Who would want to go see that?”

Well, gobs and gobs of people, as it turned out.

So I’m not the world’s foremost prognosticator. The Great Criswell I ain’t.

This year, however, it may not matter. The Mayan calendar ends with 2012 and some people predict that means the world is going to end in 2012. Heck, they’ve already done a big, loud, lousy movie about it. How you can take such a potentially fantastic event and make a lousy movie about it is beyond my – wait. The director was Roland Emmerich, wasn’t it? He’s also the one who directed Anonymous which says Shakespeare didn’t write Shakespeare’s play (piffle, I say!). And the producer/director of the heinous Godzilla remake. Never mind.

Okay, I grant you that maybe this isn’t real strong evidence. I mean, just because the calendar I have on my wall ended last night didn’t mean the world ended. Not if you’re reading this. I bought another calendar. And if the Mayans were all that sharp as prognosticators, why didn’t they chop up every single Spaniard they met into tiny little pieces?

In 2012, we have The Avengers movie coming out, the new Spider-Man movie, The Dark Knight Rises, and even the first of The Hobbit movies. The first of The Hunger Games movies, the next James Bond movie (Skyfall) will also make their appearances. Heck, based on the latest trailer, I’m hyped to see John Carter. This doesn’t even include the stuff that I don’t know I’ll want to see yet. I didn’t know about Hugo until relatively late this year and that may be my favorite film of 2011.

Seriously, would any sort of just and loving god end the world before Mary and I get to see The Hobbit?

Wait, That’s right. I’m agnostic. Said so last week. Doesn’t matter; I’m not going to believe in the Mayans either. We’re going to have 2012 and it’s going to be fun. Despite the Mayans, despite the elections, there are good times waiting out there.

As Stan (the Man) Lee himself was known to say: “Face front, True Believers! Because that’s there the future’s coming from!”

Words of wisdom for us all. Happy New Year, folks.