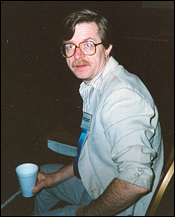 Once, longer than a while ago, at this time of year, I would make a list of what were, in my opinion, the year’s ten best and ten worst movies. I was writing a column, on movies, for Marvel’s Epic Magazine, and I saw that as part of the job. Not that anybody told me that it was something I had to do, or even should do. But isn’t that a movie critic’s duty? Make these year-end lists? Then, after a year or two, I realized that I was blowing about ten percent of the annual column inches available to me on the year’s worst list and…accomplishing what?

Not much. Nothing, in fact. Unless you count taking easy shots – one liner-type – at other people’s work. Might have made me appear…oh hell, what? Clever? Sophisticated? Maybe witty? Or was it snottiness masquerading as wit?

You may be familiar with Dorothy Parker’s line about Katharine Hepburn: “She runs the gamut of emotions from A to B.” Clever, sophisticated, witty – traits Ms. Parker had solid claim to. But what does it really tell you about Ms. Hepburn, her acting, her rendering of any one role? Are we shedding any light here, friends?

Anyone who’s ever presumed to write or act or sing or dance or tell jokes or do tricks with a yo-yo for others’ entertainment knows that sometimes you miss the mark. Usually it’s not for want to effort. Such failures might merit regret, but not ridicule.

I eighty-sixed the ten worst list, and I doubt that anyone ever missed it. Including me. Including Epic’s editor, Archie Goodwin.

Archie, editor, colleague, friend and the nicest man I ever met, is gone now these…is it really 13 years? I still remember him and sometimes mention him when lecturing. At times of festivity – the holidays; right now – the absence of someone like Archie dims the lights a bit, maybe makes the laughter occasionally forced.

We’ve lost other good and valuable men in 2011, we denizens of the funny book world. Eduardo Barreto. Joe Simon. And Jerry Robinson.

I’ve seen a bit of Jerry these past five years and, always, it was a pleasant experience. But I didn’t realize that he was ill. The other night, Danny Fingeroth, who’d also seen a lot of Jerry recently, told me that Jerry was battling illness for much of that time. Jerry expressed concern when I had a brush with mortality, but said very little about his own problems.

He was gallant, and brave, and in the best sense of the word, a gentleman.

Here, we end our dark-day rumination. It’s Christmas Eve as I write this, fully night, and I’ve had enough of gloom. Pretty soon, Marifran and I will get into her noble Honda Civic and go hither in search of a few groceries – and to see what kind of Christmas decorations our fellow Rocklanders are displaying for our edification.

2012 is waiting in the wings and we welcome it. (Well, okay, we don’t have a lot of choice, but we smile a welcoming smile anyway.)

So ends my catechism.

(Editor’s Note: For those who are not in possession of visual reference, the photo above is of our friend Archie Goodwin.)