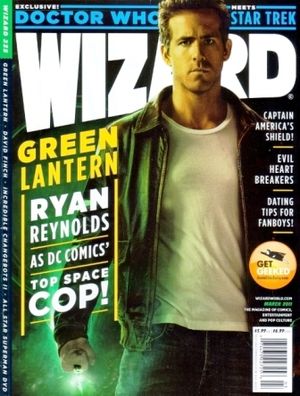 A terse SEC filing on Friday has led to headlines all over comics: Gareb Shamus has resigned as CEO, President and Director of Wizard World, Inc., the convention-running entity of the Wizard empire. Seeing as how Shamus is the owner and founder of the company it came as a shock. But what does it really mean? Has Shamus really been ousted from his own company — or is it just a filing to reflect some internal resource shuffling?

The latest iteration of the shrinking of the Wizard brand began about a year ago when Shamus announced that the magazine would return as a downloadable PDF. As we noted at the time, Shamus seemed almost eerily focused on this new outing, promising an audience of millions and the ability to break new comics. “We can make things cool,” he told us at the time, a perhaps distant echo of Wizard’s one time ability to actually make any new Image artist cool in their early 90s, pre-internet heyday.

The PDF continued to come out at irregular intervals, and with a declining posse of warm bodies to actually produce it, as long time staffers Mike Cotton and Justin Aclin gradually faded into the forest, leaving a skeleton staff of Shamus, brother Stephen and convention runner Peter Katz, along with new hire Kevin Kelly, who came on board as managing editor a few months ago.

Just recently, however, a couple of very strange things happened — both so quickly that we never even had a chance to write about them….