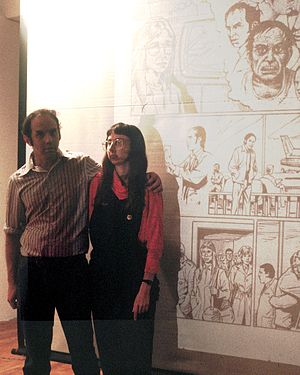 Donors have given enough money to honor author Harvey Pekar with a desk and sculpture to be installed at the Cleveland Height-University Heights Public Library.

Joyce Brabner, Pekar’s widow, said in early November that $30,000 had to be raised by Dec. 5, for his tribute.

The campaign, started online at Kickstarter, had already raised $30,787 through Monday with 669 backers, according to Carole Wallencheck, a reference associate with the library.

With 13 days to go before the deadline, Wallencheck said any surplus donations will be given to the library to buy graphic novels.