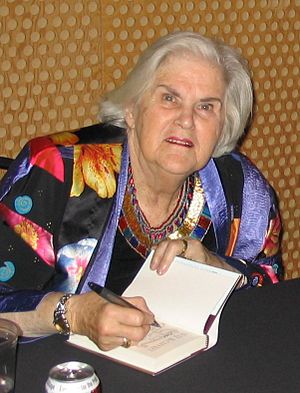 Tor.com reports the sad news that Anne McCaffrey, best known for the Dragonriders of Pern series, passed away of a stroke in her home in Ireland yesterday at the age of 85.

She was an incredibly gracious lady, and will be missed.