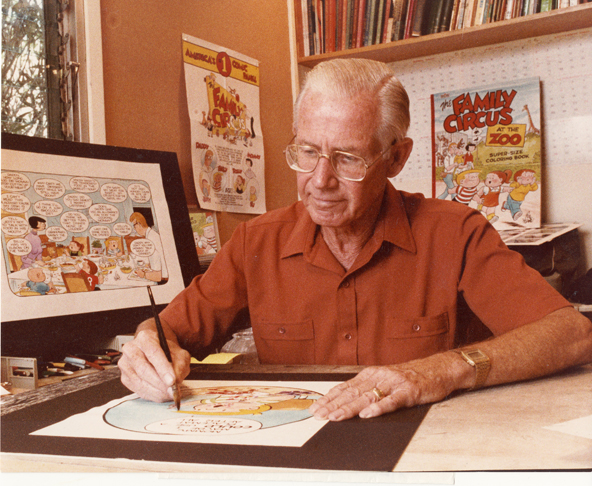 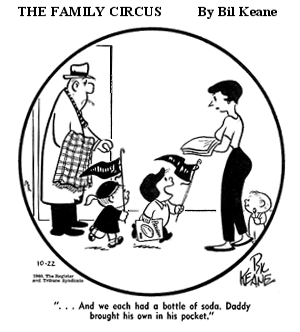 There’s one more ghost looking over Billy, Jeffy, Dolly, and P.J. The AP is reporting that Bil Keane, who started drawing the one-panel cartoon The Family Circus in February 1960, died Tuesday at age 89 at his longtime home in Paradise Valley, near Phoenix.

Jeff Keane, Keane’s son who lives in Laguna Hills, Calif., said that his father died of congestive heart failure with one of his other sons by his side after his conditioned worsened during the last month. All of Keane’s five children, nine grandchildren and great-granddaughter were able to visit him last week, Jeff Keane said.

“He said, ‘I love you’ and that’s what I said to him, which is a great way to go out,” Jeff Keane said of the last conversation he had with his father. “The great thing is Dad loved the family so much, so the fact that we all saw him, I think that gave him great comfort and made his passing easy. Luckily he didn’t suffer through a lot of things.”

Jeff Keane has been drawing “Family Circus” in the last few years as his father enjoyed retirement. His comic strip is featured in nearly 1,500 newspapers across the country.

via Bil Keane, creator of ‘Family Circus’ that entertained for nearly half-century, dies at 89 – The Washington Post.

Our condolences to his family.