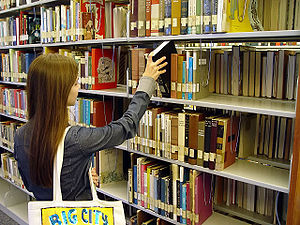 I won’t say that I’m not an elitist — why wouldn’t anyone want to consider themselves elite? — but I still deeply believe that the books that I love are intrinsically wonderful, and that enjoying them is something that any half-smart and basically literate person should be able to do.

Unfortunately, the world does not want to agree with me; I’ve just seen that Harry Connolly — whose novel Game of Cages was one of the best things I read last year, and whose [[[Circle of Enemies]]] I’ve been holding onto for an upcoming vacation — has  just been told that his current publisher will not be buying any more books in that series, for what seem like eminently sensible falling-sales reasons. (I’m in the business; I can access BookScan.)

This is not the first time, of course; one of my other favorite writers, Matt Hughes, had two “Big Six” publishers shot out from under him in three books — three wonderful, amazing, lovely books, let me emphasize — but has since gone on to write a number of excellent books for smaller houses.

And there are plenty of others — Elizabeth Willey, the only writer I’ve ever found who can do pseudo-Zelazny Amber, and did it well, disappeared after three novels. Before that, there was a writer who had two screamingly funny Bertie-Wooster-as-a-ghost-hunter paperbacks (and whose name I can’t remember), and she also disappeared without a trace.

I know you people — the ones reading these words now — must be the exceptions, but the world, more and more, seems to be filled with people whose tastes are just inexplicably horrible. Luckily, I still harbor hopes of becoming Emperor of the Literary World one day, and then I will make everything Right.

For right now, good luck to Connolly — and, if you’ve been putting off grabbing his books, do it now, since low-selling books are the ones that it’s murder to find later on — and to all of those other absolutely amazing writers whom it seems that only I like.