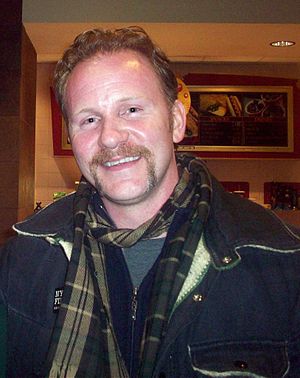 Fast Company talks with Morgan Spurlock about his documentary Comic-Con Episode IV: A Fan’s Hope (which comes with a companion book that Spurlock describes as “If Taschen made your high school geek yearbook”), how his generation liberated creativity for the basement-dwelling set, and how video games are the next gen’s comic books.

Organizers had routinely denied previous requests to document the event, fearing a public mocking of a misunderstood subculture. But that all changed when Morgan Spurlock Super Size Me, The Greatest Movie Ever Sold came calling with the support of his “geek dream team”: comics legend Stan Lee, Ain’t It Cool News’ Harry Knowles, writer Jeremy Chilnick, and wunderkind producer Joss Whedon Buffy the Vampire Slayer, Firefly.