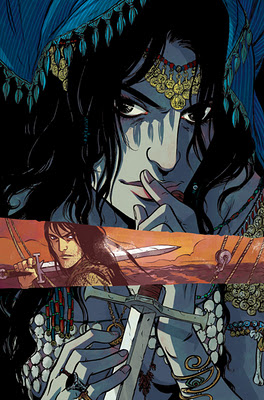 At this weekend’s New York Comic Con, Dark Horse Comics announced a new Conan the Barbarian comic book series by the DEMO creative team of writer Brian Wood and artist Becky Cloonan that will be in stores beginning on February 8, 2012.

The first story arc will adapt Robert E. Howard’s “Queen of the Black Coast,” in which Conan turns his back on the civilized world and takes to the high seas alongside the pirate queen Belit.

For more information on Conan and Dark Horse Comics other pulpy offerings, visit them at http://www.darkhorse.com/.