THE REMIX: The Strange Case Of Michael Davis 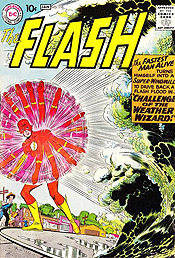 Mike Gold is the boss.

I entitled my return to ComicMix; “The Remix” thinking it was a devilishly clever way to return. Since I’ve been back I have not once seen that title grace this column.

So I get it, Mike Gold is the boss.

Don’t ask me why I feel the need to add “balls” to every title I come up with. It could be because I’m stir crazy! As of this writing, Saturday, evening August 27, I’m stuck in my electricity dead hotel room in Connecticut (CT) and I have no idea when I’ll be able to get back to L.A. because of hurricane Irene.

I once dated a girl named Irene. She was a bitch also.

So since it’s dark and there is no power in the hotel my choices are to read a book by flashlight, go to sleep or play or read with my iPad.

Or, I can just be alone with my thoughts.

I’m in CT for my cousin’s Nila’s wedding.  I love Nila from the bottom of my heart. She is the only reason I would have gotten on a plane (I H A T E T O F L Y ) and came to CT with the knowledge that Irene was on the way.  At the wedding, I gave a speech in which I spoke directly to Nila recounting our journey together as family and reminded her of some of our adventures together. She’s more like a little sister than a cousin and my trip down memory lane made us both cry.

When I said I cried what I meant is I…I…shit. You got me.

When I got back to my room after the reception I became a bit misty eyed again as I continued to recall the days when Nila was a little girl and I was still her cool cousin Michael. I decided that I would be alone with my thoughts this evening because my thoughts were filled with such happiness. Then I remembered I had a ComicMix piece do.

So here I sit typing my Remix…no, my Michael Davis ComicMix article at 2 in the morning wondering just what comic related memory could I write about that would continue my happy trip down memory lane.

Like a shot to the head it came to me.

Given how things have been between DC and me you would think that I would have sworn off DC like Antony Weiner swore off tweeting.

It’s even more baffling when you consider that my very first comic book was Avengers # 43.  My second comic was Fantastic Four #73. I loved those books! They were great and I was a die-hard Marvel fan until my mother brought me home a Flash comic book. I don’t remember what issue it was but I was hooked like an addict on all things Flash. THEN I saw Superman #199 in which he raced The Flash!

Since then I’d been a solid. no joke. DC Comics fan. Don’t get me wrong, I love Marvel Comics. I still get goose bumps when I think of Silver Surfer #4 when he pimp slapped Thor or when the Hulk beat down of Sub-Mariner as drawn by Herb Trimpe.

I stopped reading comics for a long time. It was Frank Miller’s Daredevil that pulled me back in.

I have no idea why it’s DC but I know that memory has something to do with it.

I could go on but my iPad is down to 50% and I don’t know when I’ll be able to charge it again and I simply cannot fall asleep without reading so I’m going to use some of that 50% to read some old silver age comics. I’ll read a few DC and a few Marvels.

Because that way I can be alone with my thoughts and memories and the hotel room will be the only dark place I visit tonight.