The Parent/Child Divide in Films 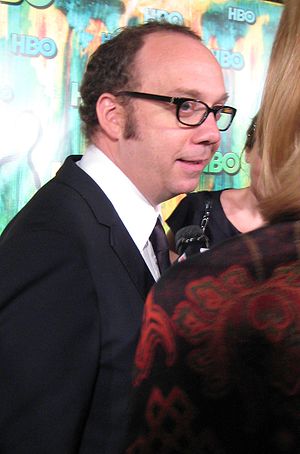 We admit it, we here at ComicMix love the work of Paul Giamatti. He inhabits his characters and makes them unique and memorable, from John Adams to Harvey Pekar. It’s one reason we’re looking forward to next week’s release of [[[Win Win]]] on Blu-ray and DVD. It prompted the folks over at 20th Century Home Entertainment to send us the top films prior to this one that explores the divide between parent and child, one of the most universal themes in literature, plays, and film.

For those unfamiliar with Win Win, here’s the official word: It’s a sad state of affairs when a parent / child relationship is strained and the one Kyle (Alex Shaffer) has with his mother is no exception. This void that he needs filled is discovered by the Flaherty family consisting of Mike (Paul Giamatti),  Jackie (Amy Ryan) and little Abby (Clare Foley).

Many other movies focus on this theme, and our feature will highlight some of the best that handle this difficult subject with aplomb including: White Oleander, Thirteen and What’s Eating Gilbert Grape.

White Oleander portrays a teenager who journeys through a series of foster homes after her mother goes to prison for committing a crime of passion. Astrid, played by Alison Lohman, is the teenager who throughout nearly a decade experiences forbidden love, religion, near-death experiences, drugs, starvation, and how it feels to be loved. During these years, she keeps in touch with her mother via letters to prison. The film has a strong female cast which also includes Michelle Pfeiffer and Renne Zellweger.

Tracy (Evan Rachel Wood) is a normal 13-year-old girl who is also a straight-A student. After befriending a new girl at school, Evie (Nikki Reed), Tracy’s world is turned upside down. Evie introduces her to a world of sex, drugs, cash and petty crime. Tracy’s whole identity rapidly changes and it isn’t long before her new world and attitude finally takes a toll on her, her family, and old friends. Due to her new persona, the relationships between Tracy and the people that care for her most are pushed to the limit.

This film boasts an all-star cast of before-they-were-superstars, including Leonardo DiCaprio, Johnny Depp and Juliette Lewis. The story follows Gilbert (Depp) who has to care for his younger brother Arnie (Di Caprio) and his obese mother, which gets in the way when love walks into his life in the form of Becky (Lewis).

Academy Award® Nominee Paul Giamatti stars as a lovable yet long-suffering lawyer and high-school wrestling coach who takes us on a brilliantly heartfelt journey through the game of life…where you can’t lose ’em all. When Mike Flaherty (Giamatti) comes across a teenage runaway who also happens to be a champion wrestler, Mike’s luck turns around in spectacular fashion. But his win-win situation soon becomes more complicated than he ever imagined when the boy’s family affairs come into play. Co-starring Oscar® Nominee Amy Ryan and directed by Oscar® Nominee Tom McCarthy, this touching and funny comedy will leave you cheering.