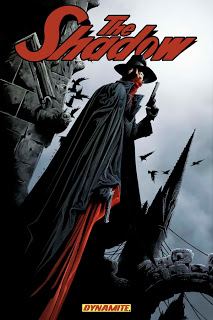 After sixteen years, The Shadow will once again be haunting the comic book shops. The classic character who starred in both pulp magazines and his popular radio show will be returning in the hands of Dynamite Entertainment. Dynamite currently publishes pulp-related properties The Green Hornet, The Phantom and John Carter of Mars. Dynamite’s President and Publisher were quoted in a press release, saying “pursuing The Shadow has been a lifetime quest.”

No creative teams have been announced thus far.