With the announcement of Lance Star: Sky Ranger joining the iPulp Fiction Library, ALL PULP wanted to introduce readers to some of the Honorary Sky Rangers involved with making these stories happen. Next up is Lance star: Sky Ranger Art Director and Designer, Rob Davis. 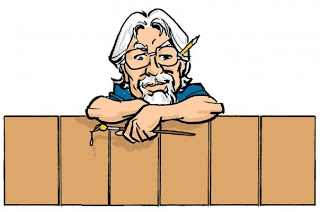 AP: Tell us a little about yourself and where readers can find out more about you, your work, and Airship 27 Productions? 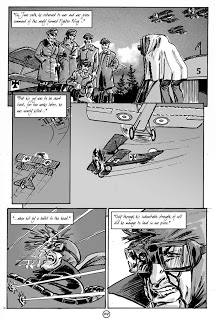 RD: I’ve been a freelance artist since 1986 working on such diverse projects as a Saturday morning cartoon adaptation for Marvel to Star Trek books for DC and Malibu Comics. Presently I’m the art director/designer for Airship 27, which encompasses the actual design and look of each of Airship 27’s books to cover and interior illustrations. I’m also a comics publisher using the Redbud Studio Comics imprint to sell “print on demand” comics through IndyPlanet.com. Yeah, I’m busy!
AP: How did you become involved with the Lance Star: Sky Ranger series?

RD: Through my design work for Airship 27. We have been the publisher of the prose versions of the tales of Lance Star through anthologies and eventually novels featuring the pulp-era air ace.

AP: Who is Lance Star? What makes pulp characters like Lance and the Sky Rangers appeal to you as a creator, a reader, and a publisher?

RD: Lance is another star in the pantheon of pulp heroes in that he has a definite sense of right and wrong and will fight to the end to defend the right. In the pulp age aviators like Lance were like today’s astronauts in that they were envied for their daring flight into the atmosphere. It’s interesting to me to see what the interest was of pulp era readers in these cousins of Charles Lindberg and Amelia Earhart.
AP: Digital content has changed the publishing landscape. As a creator, what excites you about digital content? As a reader? 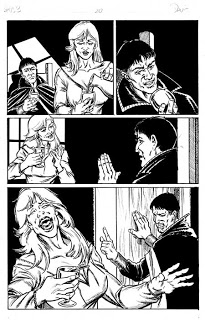 RD: As a reader it’s exciting to think about being able to carry my whole library of books with me in my new iPad. As a creator and publisher it excites me that we now have a new, thrilling and inexpensive outlet to get our productions out to the reader. The first few weeks after Airship 27 opened up our Airship27Hangar.com site we had phenomenal response! It’s exciting to put up another new book and see sales within just hours or minutes of the upload.
AP: As you are both a designer and artist, tell us a bit about your process for both the print and digital versions of the Airship 27 stories.

RD: Fortunately, there’s not much difference in the two. Since I have so many irons in the fire I don’t have a lot of time to devote to producing our digital versions. Mostly what I do is add the front and back covers to the interior PDF file that we send to our printing sources, reduce the file size (since digital screens need less resolution than traditional print) and then mark each page with a watermark to keep our books safe from pirating. The whole process takes less than an hour for each book. Add in the design time to create the online catalogue entry and within just a couple of hours we have a version of our latest masterpiece of New Pulp ready for viewing and enjoyment!
AP: Any upcoming projects you would like to plug?
RD: We have a number of different books in the Airship 27 pipeline. Right now my next illustrating gig for Airship 27 is calling to me: Robin Hood: Arrow of Justice written by Ian Watson, a very talented writer from the UK. This is the second of a three-part retelling of the Robin Hood legend and it is rollicking good fun! Ian is very gifted and his version of Robin Hood is a joy to read and illustrate!
AP: Thanks, Rob.
RD: Thanks for having me!