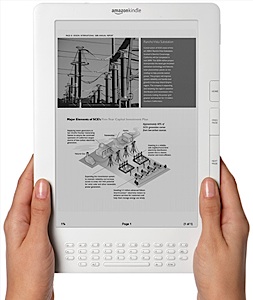 [[[Amazon]]] announced that eBooks are now the most popular sales format on Amazon.com, outselling the joint sales of hardback and paperback books. Since April 1, 2011, for every 100 print books Amazon has sold, it has sold 105 Kindle editions. It took Amazon just about four years to make that statement come true, and it represents the tipping point.

So far, we don’t have numbers on what it’s doing for comic sales, although Apple has stated that the most in-app purchases have come from comic book programs, although no one’s quoting hard numbers yet. But it will only be a matter of time and display technology.

As for me, I don’t feel like Kevin McCarthy screaming in traffic quite so much anymore.