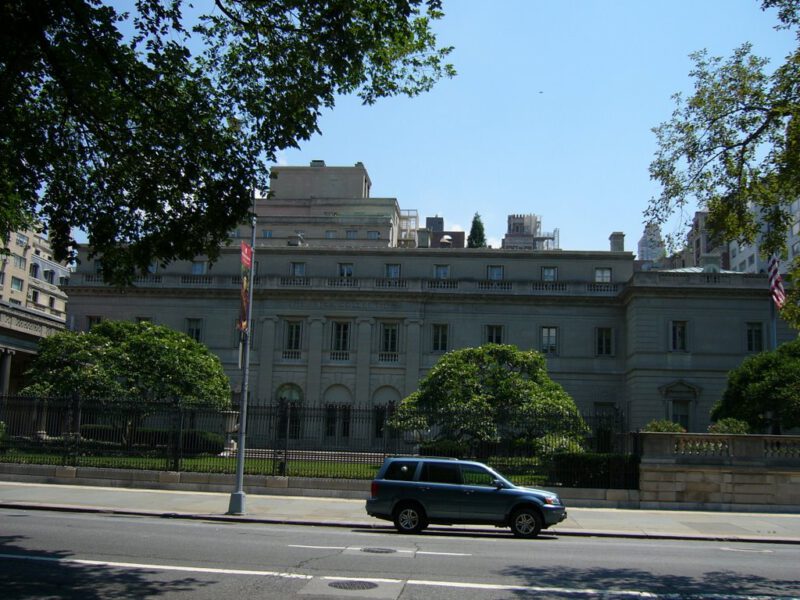 Today I learned that Avengers Mansion, home to stalwarts like Thor, Captain America, Iron Man, and do you really need me to rattle off the full roster, is based on a real place in New York– the Henry Clay Frick house, a city-block sized mansion at 1 East 70th St., right opposite Central Park. (The theoretical address for Avengers Mansion is 890 5th Avenue, which is in the same location.) Today the building houses the Frick Collection of art and is open to the public– so it’s quite possible Joss Whedon could shoot there.

This was brought to my attention by Gothamist (yes, I know, it should be covering DC, not Marvel) which had a brief piece showing a number of the secret rooms in the Frick that aren’t shown to the general public. Of course, even Gothamist wasn’t allowed to take photos of the Quinjet hangar.

Frick himself, incidentally, was the Lex Luthor of his day, known for strikebreaking and being at least partly responsible for the Johnstown Flood, and was dubbed one of the Worst C.E.O.s in American History by Portfolio magazine.