Flying Glory and the Hounds of Glory
Do you Think He’d Dare to Show Up?…
Everyone’s hearing rumors of an old flame of Deb’s mother Annie will surface at the reunion, but will he really be the one to get the party started? Find out in the latest page of “Generational Glory” our special Issue #0 at http://www.flying-glory.com/

Believing that her husband is in danger, Margaret Raymond goes to the police. But will they help while they are hunting for the Masked Ghost that’s stalking their streets.
And what secrets will she learn? Find out in the latest chapter.
REVENGE OF THE MASKED GHOST
Chapter 20 – “Help For A Ghost”
by Kevin Paul Shaw Broden
http://revengeofthemaskedghost.blogspot.com/
﻿ 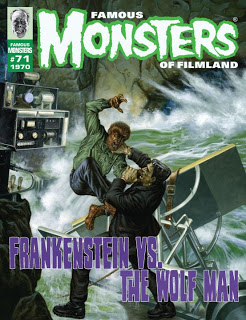 Okay, my fellow monster fans, the time has come. This is the secret project I’ve been teasing about for the past few months. I’m writing a vintage-style “filmbook” treatment (in other words, a pulpy prose version) of the classic Universal movie Frankenstein Meets the Wolf Man for Famous Monsters of Filmland magazine!


The stunningly glorious cover was painted by the incomparable Joe Jusko. My version of the story is adapted from Curt Siodmak’s original screenplay, containing several scenes that were cut from the released film. In my filmbook, Bela Lugosi’s Frankenstein Monster is blind, and will speak, as Siodmak intended. Think of it as a “Director’s Cut” of a long-cherished monster movie. 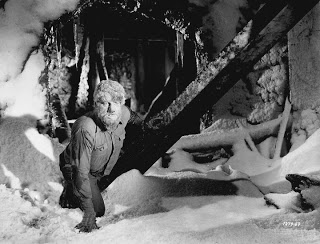 Frankenstein Meets the Wolf Man was the second Frankenstein film I ever saw–and also was my first encounter with the Wolf Man–when I was six years old. This movie altered my DNA and I’ve never been the same since.Of course, getting to write the filmbook for FM is extraordinarily thrilling. I was sick a lot as a little kid and Famous Monsters of Filmland magazine served as a sort of security blanket for me every dreaded time I went to the doctor’s office. FM never, ever failed to make me feel better.


Many thanks to Phil, Jessie, and Joe. Couldn’t have done this without you.
I can hardly describe the sense of joy I have for being involved in my favorite childhood magazine, as well as taking a small part in the Universal Monsters saga, my favorite fictional universe.


This project is a dream come true for both Joe and myself. Hope you’ll join us.

On Sale in September!

Interviews with Powel and Jusko coming soon to ALL PULP!