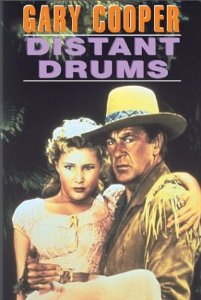 Distant Drums, a film almost forgotten except for one scream

The Wilhelm Scream is a film and television stock sound effect first used in 1951 for the film Distant Drums. The effect gained new popularity (its use often becoming an in-joke) after it was used in Star Wars and many other blockbuster films as well as television programs and video games. The scream is often used when someone gets shot, falls from a great height, or is thrown from an explosion.

The sound is named for Private Wilhelm, a character in The Charge at Feather River, a 1953 western where the character was shot with an arrow. The scream shows up in hundreds of films– see (or rather hear) what we mean.