Jen Krueger: I Love This Show, Please Kill It 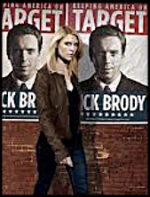 When I watched the recent season finale of Homeland, I was left speechless. If you’re not caught up on this Showtime thriller about the CIA and terrorism, don’t worry; I won’t give anything away. Confining myself to spoiler-free praise, I’ll just say it struck me as pitch perfect and was satisfying to a degree that television shows achieve rarely, if ever. I loved it so much, in fact, that as the credits rolled I found myself hoping the show would get canceled before any more episodes air.

It’s almost impossible for a TV show to stay great from pilot to series finale. I know, I know, Breaking Bad proved it can be done, but Vince Gilligan’s masterpiece is the exception that underscores the rule. There are just too many things to ruin great shows, and an executive hitting the cancellation button even isn’t first on the list. Simply being left on the air too long is more than enough to take the wind out of the sails of something once lovable, whether it’s because the show starts stretching into weird new territory like on Fringe, or because intended end points keep being passed by in the hopes of squeezing out another lucrative ratings year, like with Dexter. And of course there’s the plot and punchline recycling that can occur when a show’s left lingering, making episode formulas uncomfortably obvious (*cough cough* Simpsons).

Outside circumstances rearing their heads can be damaging too. With many shows, a featured actor leaving would minimally rock the boat, and some end up capsizing altogether rather than recovering. Just hearing that Topher Grace was leaving That ’70s Show was enough to make me tune out, and leave me completely unsurprised when I heard the first Eric Foreman-less season was also the show’s last. The 2007 Writer’s Guild strike took down its fair share of TV, from amazing shows immediately unable to sustain themselves through it like The Riches, to shows that pushed through but hobbled on forever changed, like Heroes.

But while there have been plenty of shows that have gone downhill in front of my eyes, there are of course many others cancelled before their time. If you’ve never seen the 2008 BBC show Survivors, do yourself a favor and check it out. It’s an amazing yet little known sci-fi drama that follows a small group of people who lived through a widespread virus wiping out most of the population, and it’s the best treatment I’ve ever seen of the “band of survivors must start anew” premise. The caveat that comes along with this recommendation is the fact that the second season finale ends on a cliffhanger so amazing that I was literally yelling at my television when I realized the show hadn’t been renewed for a third series. Then again, maybe letting sleeping dogs lie is best; Arrested Development‘s fourth season didn’t live up to the first three by even the most generous standards.

Yet even on the rare occasion that a show manages to go out gracefully under the pall of cancellation, I still can’t help being sad for it. The writers for the criminally under-appreciated Terriers knew there was a strong possibility they’d never see a second season, and deftly handled their finale in such a way that viewers could interpret the episode as teeing up another major story arc if renewal did come through, or as a beautiful farewell if the hammer fell, which it sadly did. Going out so skillfully even though they hadn’t gotten their narrative due was impressive, but oxymoronically reinforced that they should’ve been given another season to find a bigger audience.

So if it’s so hard for shows on TV to stay great and for great shows to stay on TV, why do I want one of my favorites off the air? Because, intentionally or not, the writers served up a season finale to Homeland this year that put the perfect cap on the show. Yes, there are some signs about what season four will entail, and yes, the writers of this particular show have proven time and again that they’re capable of taking the story and characters into increasingly compelling territory even when it seems they’ve already struck a narrative critical mass. But the way this finale wrapped up a major story arc (again, no spoilers!) left me with the rarest of my potential reactions to a TV show: content. I could walk away from these characters now and be happy to leave them because I know they’re all right where they should be.

Of course, I realize I could preserve this feeling of contentment by choosing not to watch the fourth season of Homeland when it debuts. But I’d be lying to myself if I pretended to have the willpower for that. I mean, did you see how amazing the third season finale was?!