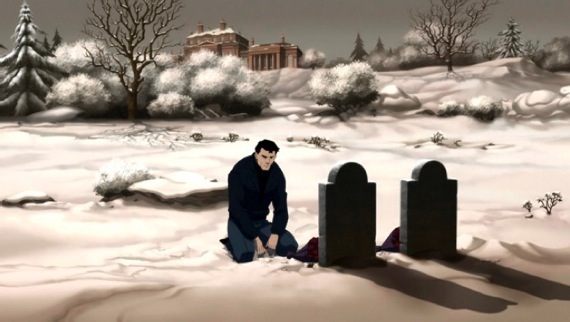 The voice cast has been revealed for the animated version of Frank Miller’s [[[Batman: Year One]]], which premieres in July at the 2011 San Diego Comic-Con. Heat Vision reports that Ben McKenzie (The O.C.) will provide the voice of Bruce Wayne/Batman, with [[[Breaking Bad]]] star Bryan Cranston portraying Lt. James Gordon. Katee Sackhoff ([[[Battlestar Galactica]]]) is voicing Detective Sarah Essen, and Eliza Dushku ([[[Dollhouse]]]) will voice Selina Kyle/Catwoman, and Alex Rocco (Moe Greene from The Godfather) will be the voice of Carmine Falcone.

“The source material is surprisingly cinematic; it’s a pretty straight forward literal retelling. [David] Mazzucchelli’s artwork is beautifully composed and we were able to refer to the comic for about 80 percent of the camera setups.”

Miller’s Year One storyline– along with Batman: The Dark Knight Returns, which is also being adapted into an animated version– were both pivotal in restoring a dark and gritty style to the Caped Crusader.

To refresh your memory on Miller’s original 1987 four-issue story arc, “Batman: Year One”:

A young Bruce Wayne spent his adolescence and early adulthood traveling the world so he could hone his body and mind into the perfect fighting and investigative machine. But now as he returns to Gotham City, he must find a way to focus his passion and bring justice to his city.

Retracing Batman’s first attempts to fight injustice as a costumed vigilante, we watch as he chooses the guise of a giant bat, creates an early bond with a young Lieutenant James Gordon, inadvertently plays a role in the birth of Catwoman, and helps to bring down a corrupt political system that infests Gotham.

Batman: Year One comes out on Blu-ray and DVD on September 27th.