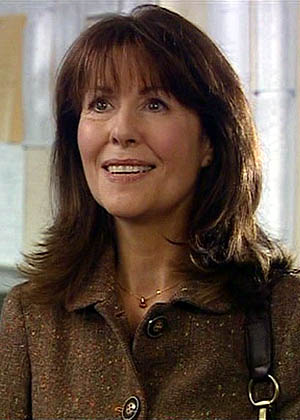 The BBC reports that Doctor Who actress Elisabeth Sladen, who joined the television series in 1973 as Doctor Who’s assistant Sarah Jane Smith and starred in the spin-off series The Sarah Jane Adventures, has died from cancer at the age of 63.

Elisabeth Sladen was born on February 1, 1948 in Liverpool, England. She attended drama school for two years before joining the local repertory theatre in Liverpool. She met actor Brian Miller during her first production there, they married in 1968. Early television work included appearances on “Coronation Street”, “Doomwatch”, “Some Mothers Do ‘Ave ‘Em”, “Public Eye”, and “Z Cars”. Between 1974 and 1976, she had a regular role on [[[Doctor Who]]] as Sarah Jane Smith opposite Jon Pertwee and later Tom Baker, a part she reprised in K-9 and Company: A Girl’s Best Friend in 1981, “Doctor Who: The Five Doctors” in 1983, the radio serials The Paradise of Death & Doctor Who and the Ghosts of N-Space; the Children In Need skit Doctor Who: Dimensions in Time in 1993; the spin-off video drama Downtime in 1995, the new “Doctor Who” series, and most recently The Sarah Jane Adventures in 2007, which lasted for four series.

She is survived by her husband Brian and her daughter Sadie. Our deepest condolences to them.