REVIEW FOR ALL PULP
By Ron Fortier
IMARO :The Naama War
By Charles Saunders
Sword & Soul Media
331 pages
Available Only at (www.Lulu.com) 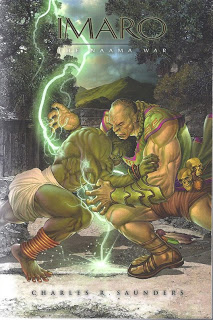